WASHINGTON, June 8 (UPI) -- The U.S. State Department is asking all Foreign Service officers to consider trading their current assignments for a post in an Arab-speaking country.

In an unprecedented move, the department recently cabled employees worldwide telling them they have until the end of July to apply for more than 100 positions opening up in the next two years, The Washington Times reported Friday.

A copy of the cable obtained by the newspaper highlights the State Department's desperate need for Arabic-language speakers.

In the cable, George M. Staples, director-general of the U.S. Foreign Service, says the department "will consider breaking any tenured employee out of his/her current assignment" in order to begin Arabic language instruction in September.

"We recognize that we must improve our ability to understand and influence an area of continuing importance to our nation's well-being," Staples writes.

The State Department currently has about 270 employees who have some proficiency in Arabic while another 700 are listed as having limited knowledge. 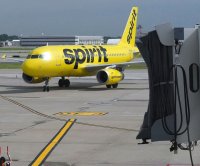 U.S. News // 47 minutes ago
Spirit Airlines cancels half of all flights amid ongoing system, staff troubles
Aug. 5 (UPI) -- For the fifth day in a row, Spirit Airlines on Thursday canceled hundreds of flights due to a variety of problems facing the budget carrier. 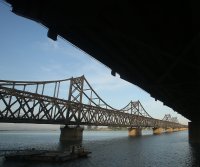