WASHINGTON, Feb. 14 (UPI) -- The U.S. Border Patrol is questioning why the National Football League refused to run one of its recruiting ads in the printed Super Bowl program.

Homeland Security Secretary Michael Chertoff's broke the news to a congressional panel last week, saying the NFL rejected the ad "much to my chagrin," The Washington Times reported Wednesday.

Greg Aiello, a spokesman for the NFL, said the decision was made to try to keep the league out of the political arena.

"The ad that the department submitted was specific to Border Patrol and it mentioned terrorism. We were not comfortable with that," Aiello told the Times. "The borders, the immigration debate is a very controversial issue and we were sensitive to any perception we were injecting ourselves into that."

Aiello said the NFL suggested the agency select a more generic recruiting ad, similar to ones the U.S. military runs, but the league got no response.

World News // 1 hour ago
At least 1 dead, 5 injured in Uganda bomb blast
Oct. 24 (UPI) -- At least one person was killed and five others were injured in a bomb blast Saturday which President Yoweri Museveni said may have been an act of terrorism.

U.S. News // 1 hour ago
Rare fall nor'easter, 'miserable' weather to mark final week of October
Many in the northeastern United States have rarely had to bring out rain coats and jackets due to the lack of chilly temperatures and relatively dry conditions so far this October, but a change is in the works. 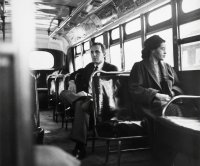