WASHINGTON, Dec. 17 (UPI) -- Eight of Virginia's 195 Episcopal congregations announced Sunday that their members had voted to cut ties with the Episcopal Church.

The Anglican District of Virginia is part of the Convocation of Anglicans in North America.

Two of the congregations minister to the Washington elite and occupy real estate worth $27 million, The New York Times reported. The development could lead to a legal battle over possession of the property.

Bishop Peter Lee of the Episcopal Diocese of Virginia said that, as of Sunday, Nigerian and Ugandan congregations were "occupying Episcopal churches."

Presiding Bishop Katharine Jefferts Schori said last week she was saddened by the prospect of a split.

"These departures are taking place in most mainline denominations, and are an expression of the anxiety of our times and the discomfort many people feel in trying to live in tension," she said.

The bishop called the move a "quick fix" and said it would not be "an ultimate solution for our discomfort."

U.S. News // 39 minutes ago
Biden calls for up to 50% of new vehicles in U.S. to be electric by 2030
Aug. 5 (UPI) -- The White House announced on Thursday that President Joe Biden will make a push calling for up to half of all new vehicles made in the United States to be electric in some form by the end of the 2020s. 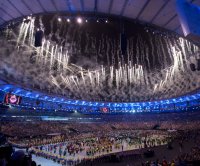