Pinochet was hospitalized last week after his latest of many health setbacks, and underwent surgery to repair an artery. Physicians had maintained that the aged ex-strongman was recovering from the operation and was conscious.

Pinochet was revered by supporters for stabilizing Chile, but reviled by opponents for toppling a legitimate government in 1973 and crushing human rights.

At the time of his death, Pinochet was under house arrest while being investigated for his alleged role in a number of human rights abuses that included the ordered torture of political dissidents during his 17-year regime (1973-1990).

During that time more than 3,000 people were killed or disappeared and thousands more were subject to state torture and prolonged detention.

"Pinochet's greatest legacy may be the wake-up call to cautionary lesson he provides for dictators everywhere," said Jose Miguel Vivanco, Americas director at Human Rights Watch. "His case showed the world that even the most powerful human rights abusers can be made to face justice." 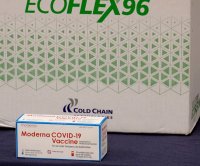