BUCHAREST, Romania, Oct. 23 (UPI) -- Romania abolished compulsory military service as of Monday and decided members of its armed forces will be only professionals.

Previously men under the age of 35 were obliged to serve between 6 to 18 months in the military.

Romania became a NATO full member in 2004 and is scheduled to join the European Union Jan. 1.

World News // 6 days ago
Hurricane Teddy to bear down on Canada after brushing Bermuda
Sept. 21 (UPI) -- Less than one week after feeling the full force of Hurricane Paulette, residents of Bermuda are preparing for a strike from powerful Hurricane Teddy.

U.S. News // 3 hours ago
California's Bobcat fire grows to 103K acres
Sept. 21 (UPI) -- A new fast-moving wildfire in California has grown to more than 103,000 acres, making it one of the largest blazes in Los Angeles County's history. 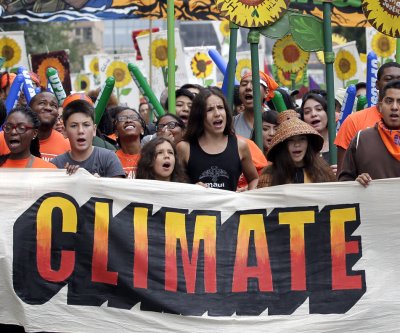 Hurricane Teddy to bear down on Canada after brushing Bermuda