Launching his new book, "The Audacity of Hope," with a major media tour -- including the "Today" show, "Larry King Live" and "Meet the Press" -- has fueled intense speculation about his potential to become a Democratic candidate.

Obama has been having "quiet conversations" about a White House run, The Chicago Tribune reports.

A key concern is whether his wife, Michelle, would support it and whether he could manage the time away from their two young daughters, the newspaper says.

Obama told WBBM-TV Chicago that at the 2000 Democratic convention, "I didn't even have a pass to get to the floor of the convention. Four years later I'm giving the keynote."

He would not say what would happen four years after that.

Defense News // 2 hours ago
Esper: Nation grieves over 9 service members killed in training
Aug. 3 (UPI) -- Secretary of Defense Mark Esper said Monday the United States grieves the deaths of eight Marines and a Sailor who were killed over the weekend when their amphibious assault vehicle sank off the California coast. 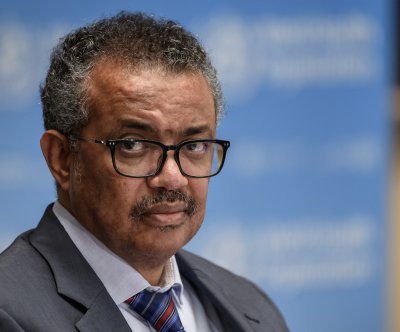 World News // 6 hours ago
Israel conducts airstrikes in Syria after thwarting explosive attack near Golan Heights
Aug. 3 (UPI) -- Israeli Defense Forces said they conducted a series of airstrikes against multiple targets in Syria on Monday after thwarting a potential IED attack by four men the night before.

World News // 8 hours ago
Former Spanish king Juan Carlos announces he'll self-exile amid financial scandals
Aug. 3 (UPI) -- Amid multiple financial scandals, former King of Spain, Juan Carlos I, announced Monday that he will leave the country in a self-imposed exile that would be "the best for Spain and for the Crown."