Philip Marshall is trying to wrest control of the 104-year-old Astor's care and finances from his father, Anthony. He claims that his father has been enriching himself from her estate while cutting corners on everything from clothes to medication.

The painting, "Flags, Fifth Avenue," is one of the best-known works by the American impressionist Childe Hassam. Astor bought it in 1972 for $172,010, Marshall said in court papers.

The painting, which is now in the Dallas Museum of Art, is worth about $12 million. Anthony Marshall sold it about 10 years ago for $1.2 million.

"My grandmother owns valuable jewelry, art and furniture. I cannot estimate the value of these items. However, I am aware that my father sold one of my grandmother's favorite paintings," Philip Marshall.

While Astor is now said to be in frail health and possibly suffering from dementia, a decade ago she was still in good health. Philip Marshall did not say whether he believes his grandmother knew the painting was being sold.

Defense News // 3 hours ago
Audit: U.S. failed to account for nearly $715M in arms to fight ISIS
Feb. 18 (UPI) -- The U.S. military did not properly account for nearly $715 million in weapons and equipment intended for Syrian partners fighting ISIS, according to a Department of Defense report released Tuesday. 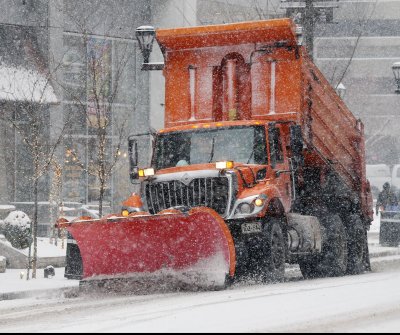