An hour later, at 7 a.m., gambling resumed with state inspectors back on casino floors.

The state's budget crisis occurred when many Democratic legislators refused to accept the Democratic governor's plan to raise the sales tax from 6 cents to 7 cents on the dollar. Thursday afternoon, after days of stalemate, they agreed to the tax hike as long as much of the new revenue is dedicated to property tax relief.

The 12 casinos were forced to shut down at 8 a.m. Wednesday. While they did not lose the big July Fourth weekend, three days without gambling cost the industry $48 million in gambling revenue and the state almost $4 million in taxes.

State parks and campgrounds were also closed along with motor vehicle offices. All state employees have been told to report to work Monday. 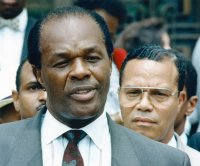