HOUSTON, July 5 (UPI) -- The Texas State Board of Education is considering replacing its student-centered English curriculum with teacher-centered instruction.

The Houston Chronicle said the plan to rewrite the English standards is viewed by some as the opening shot in an effort to put a conservative imprint on the state's curriculum.

"We could see a lot of textbooks that are based on personal and political beliefs of a majority of the state board rather than on facts that students need to learn," Dan Quinn, a spokesman for the Texas Freedom Network -- a group that monitors the state board for influence by the religious right -- told the newspaper.

The current curriculum calls on students to use their own attitudes and ethics to interpret texts, while teacher-centered instruction emphasizes the basics of spelling, grammar and punctuation.

While it's unlikely that the English curriculum discussion will veer toward any political ideology, the effort could set the stage for the 2008 review of science standards, Quinn said.

He said if the science curriculum is rewritten to include religious-based ideas such as intelligent design, the books will follow suit. 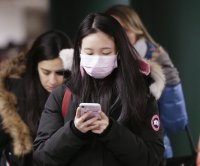 U.S. News // 8 hours ago
COVID-19 rules enforced, Oval Office redesigned as Biden moves in to White House
Jan. 20 (UPI) -- The incoming Biden administration is making changes to how business as usual will be conducted in the White House, including enforcing stricter COVID-19 regulations compared to its Trump administration predecessor.