THE HAGUE, Netherlands, June 27 (UPI) -- An African-born woman who has been critical of Islam will not lose her citizenship in the Netherlands for giving a false name when she sought asylum.

Immigration and Integration Minister Rita Verdonk said she has determined that under Somali law Ayaan Hirsi Ali had the legal right to use her grandfather's name, Expatica reported.

Several weeks ago, Verdonk announced that Hirsi Ali would would be denaturalized if she could not explain making false statements. Hirsi Ali responded by resigning as a member of parliament -- she and Verdonk were in the same party -- and announcing plans to move to the United States to join a conservative think tank.

Hirsi Ali, who was involved in a movie critical of Islam that sparked filmmaker Theo Van Gogh's assassination, went into hiding because of death threats after the killing. Until the flap about her citizenship, she had been a supporter of Verdonk's efforts to require immigrants to pass tests in Dutch language and culture.

Defense News // 8 minutes ago
Three USAF bombers to perform flyover at Super Bowl
Jan. 25 (UPI) -- For the first time, three different bombers will form the flyover at the Super Bowl, scheduled for Feb. 7 at Raymond James Stadium in Tampa, the U.S. Air Force announced on Monday.

Defense News // 12 minutes ago
Sikorsky-Boeing unveils plans for new 'Defiant X,' to replace Black Hawk
Jan. 25 (UPI) -- Details of the Defiant X helicopter, designed by Sikorsky and Boeing as a replacement for the UH-60 Black Hawk helicopter, were revealed by the companies on Monday. 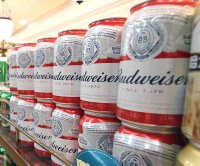