ST-JOSEPH-DE-BEAUCE, Quebec, June 24 (UPI) -- Canadian Prime Minister Stephen Harper said during a news conference in Quebec that he must defend the unity of Canada.

However, he also said the Quebec National Assembly had the right to adopt a resolution declaring the province a nation, the Canadian Broadcasting Corp. reported.

"I recognize that the Quebec National Assembly has adopted that position," he said. "I don't know, quite frankly, what its legal significance is, but I think the important thing for the prime minister of Canada is to defend the unity of Canada. That's what I'm here to do at all times."

Harper held a cabinet meeting in Quebec Friday, followed by a news conference at the Citadelle, a fortress built by the British government. He and members of his cabinet spent Saturday in the province for Fete Nationale -- or St.-Jean-Baptiste Day -- a move aimed at building support for the Conservative Party there, the CBC said. 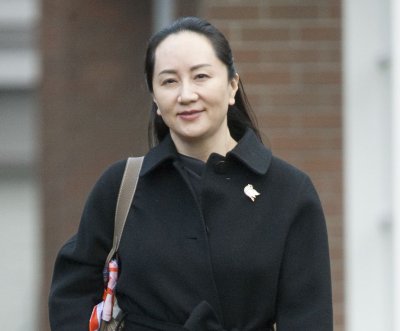 World News // 6 hours ago
Canadian judge OKs U.S. extradition case for Weng Wanzhou to proceed
May 27 (UPI) -- A judge in Canada ruled Wednesday that the United States can continue its fight to extradite a senior Huawei executive arrested in 2018 on conspiracy and fraud charges.

Defense News // 7 hours ago
Report: USAF covered up incidents of racial bias
May 27 (UPI) -- The U.S. Air Force tried to cover up racial bias in its justice system, a report by an independent advocacy group said Wednesday.