Cunningham sentenced to 8 years in prison

Cunningham, 64, pleaded guilty Nov. 28 to tax evasion and conspiracy to commit bribery charges. He resigned from his seat in Congress the same day, a seat he had held since 1991.

U.S. District Judge Larry Alan Burns settled on a term nearly in the middle of those requests.

The newspaper said Burns handed down 60-month and 40-month sentences to run consecutively and ordered Cunningham to make restitution of $1.8 million.

Media reports that Cunningham was paid $1.675 million for a house by a defense contractor, who then sold the structure at a $700,000 loss, set off a federal investigation. Prosecutors said two contractors paid Cunningham some $2.4 million in bribes.

One of the contractors, Mitchell Wade, said last week in federal court that he moved $1 million in bribes to Cunningham, the newspaper said.

World News // 7 minutes ago
Egypt, Gaza reopen border for three days
Nov. 24 (UPI) -- Egypt on Tuesday temporarily opened its border with Gaza for the first time since blocking access during the beginning of the COVID-19 pandemic. 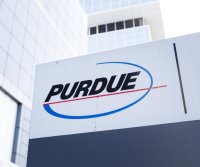 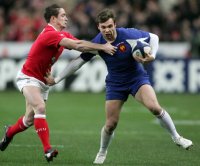