Only 56 residents of Southern Leyte have been found after a mudslide Friday covered the village, burying all but three houses, CNN reported.

Eleven other villages in the area have been evacuated for fears of further landslides after a record rainfall turned the mountainside into 30-foot deep mud.

Weather conditions and the extent of the mudslide hampered rescue efforts.

The official death toll was 35 as of Saturday morning when the search was restarted.

Included in the missing are the 253 students and teachers in an elementary school.

Philippine President Gloria Arroyo deployed the countries navy and coast guard to the area to help in the search.

The United States and the Red Cross also sent people and supplies for the relief effort. 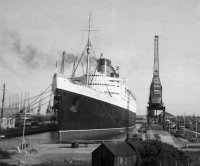 Top News // 4 hours ago
UPI Almanac for Monday, Sept. 27, 2021
On Sept. 27, 1938, Queen Elizabeth christened the world's largest ocean liner with her own name during a ceremony in Scotland.

World News // 15 hours ago
COVID-19: Russia records 700+ deaths daily since July; global toll -10%
Sept. 26 (UPI) -- Russia remains a coronavirus hotspot as deaths have surpassed 700 every day since early July while the world toll dropped 10% and case were down 12% in one week.

U.S. News // 14 hours ago
Mom, toddler fall to deaths at Padres' Petco Park
Sept. 26 (UPI) -- A mother and her 2-year-old son fell to their deaths at Petco Park during the San Diego Padres' home game against the Atlanta Braves, the city's Police Department said.
Advertisement