Robertson sent a letter of apology to Sharon's son Wednesday, wanting it be delivered to the hospital where Sharon is receiving treatment for a massive stroke suffered last week, the Virginian-Pilot newspaper reported on its Web site.

The Christian broadcaster raised the ire of Israeli leaders last week when he suggested that Sharon's illness, which nearly cost the Israeli leader his life, was linked to his return of Gaza Strip land from Israeli control to the Palestinians since "God has enmity against those who 'divide my land.'"

He said he also had wished Sharon well, but those comments were overlooked.

In his letter this week, Robertson wrote: "I ask your forgiveness and the forgiveness of the people of Israel for remarks I made at the time concerning the writing of the holy prophet Joel and his view of the inviolate nature of the lane of Israel."

He also said, "I pray for the future security of your country and, when I speak, it is always as a friend."

U.S. News // 2 hours ago
Woman charged with tampering in death of Vanessa Guillen on Fort Hood base
July 3 (UPI) -- A new federal criminal complaint says missing soldier Pfc. Vanessa Guillen was killed by a fellow soldier at Fort Hood, Texas, and his girlfriend helped to dismember and hide the body. 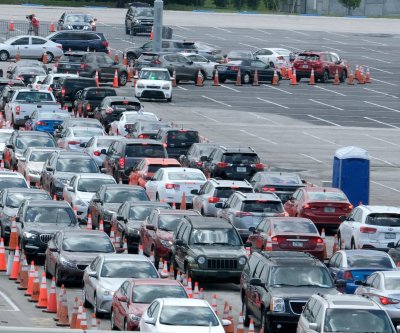