WASHINGTON, May 11 (UPI) -- The United States and the European Union Wednesday welcomed a decision by Somali warlords to pull out of the capital, Mogadishu.

Tuesday, three of Somalia's four major warlords announced plans to form a united security force in Mogadishu. The country's national government has been in exile in neighboring Kenya since the 1991 ouster of Siad Barre. The deal should allow the government to return. 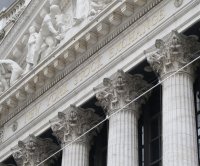 U.S. News // 7 hours ago
Social media influencer charged with scheme to suppress 2016 U.S. election
Jan. 28 (UPI) -- Federal prosecutors have charged a far-right social media influencer of conspiring with others to spread disinformation online during the 2016 presidential election with the intention to prevent people from voting.