The two Bewley's Oriental Cafes will shut at the end of the month, leaving 234 workers out of work, owner Patrick Campbell said.

The parent company has prospered and grown in other directions, but the Dublin cafes on Grafton and Westmoreland streets have run up losses of $5 million since 1996.

The Bewley group also said this year's smoking ban had reduced business by 10 percent and they could not get permission to place tables outside for smokers.

"We are, as a society, allowing ourselves to become sterile," Campbell said. "We are going to end up with homogenous streets, which don't have any character. We are also losing something." 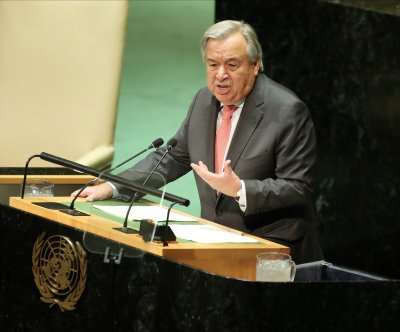 Top News // 3 hours ago
UPI Almanac for Friday, April 10, 2020
On April 10, 2010, Polish President Lech Kaczynski, his wife, Maria, and top government officials were among scores killed when their plane crashed.

World News // 4 hours ago
Eurozone reaches $590B coronavirus rescue package
April 10 (UPI) -- European Union finance ministers have agreed to a $590 billion rescue package aimed at protecting their economies from the effects of the coronavirus pandemic.