The Times of London to become a tabloid

LONDON, Oct. 30 (UPI) -- Beginning Monday all editions of the venerable Times of London will be printed in tabloid format, just as the Sun and other not-quite-so-venerable newspapers.

The 216-year-old newspaper, which has been available as a broadsheet throughout its storied history, made the move after a lengthy experiment involving publishing in both broadsheet and a tabloid formats.

The tabloid was the clear winner.

"Since we launched the compact edition almost a year ago, it has been clear that the format has attracted many new readers to the Times and further expanded our influence," Robert Thomson, the editor, wrote in Saturday's edition, the last broadsheet printed by the Times of London.

"While our principal rivals are in serious decline, an increasing number of readers has noticed the qualitative difference in coverage and switched to the Times."

Among the many distinctions claimed by the newspaper is employing the world's first foreign correspondent.

The Times of London is Great Britain's most influential daily newspaper.

(This story, originally sent Oct. 30, is being retransmitted to correct a typographical error in the headline.)

World News // 14 minutes ago
UAE becomes one of few Middle East nations to change work week to Monday-Friday
Dec. 7 (UPI) -- The United Arab Emirates on Tuesday formally announced that it's shifting its official work week from Sunday to Thursday to Monday to Friday, becoming one of the few Middle Eastern nations to do so. 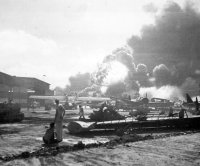 U.S. News // 12 hours ago
Christie's auctions 'Birth of Wikipedia' items, including NFT of 1st edit
Dec. 6 (UPI) -- Christie's this week is conducting an online auction entitled "The Birth of Wikipedia" in which a non-fungible token, or NFT, of the site's first edit is being offered for sale.