OKLAHOMA CITY, Aug. 9 (UPI) -- Oklahoma City bomber Terry Nichols Monday asked for forgiveness after he was sentenced to life in prison for murder.

Nichols statement, read from the witness stand, was the most he has said in court since a pretrial hearing when he said he was being railroaded, the Oklahoman reported.

"I pray that all who hold any hatred, bitterness and unforgiveness toward me, that they will find in their hearts to forgive me, as others have done, for this is the first stage toward true healing," he said.

Nichols never directly admitted to being a part of the bombing plot, but he suggested in the statement that he had been manipulated by Timothy McVeigh.

"When the God of scripture is not the center of one's life, one's mind, emotions and actions can easily be manipulated, which in turn can result in harm and destruction to self and others," he said.

Nichols was sentenced to life in prison on state murder charges. He is also serving a life sentence for a conviction in federal court. McVeigh was executed three years ago. 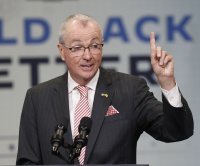