BEIJING, Jan. 14 (UPI) -- China announced Wednesday it had detained seven alleged spies from Taiwan and said their cases were being investigated, the BBC reported.

The seven were first arrested in December and are accused of collecting information for Taiwan's military, China said.

It was not clear if they were among 24 alleged Taiwanese spies China previously claimed it caught last month.

"Everyone should understand that China is a country that lacks a real legal system ... the government sometimes uses spy charges as an excuse to arrest Taiwanese businesspeople, foreigners and even its own citizens," he said.

The Ming Pao newspaper in Hong Kong said in December China made the arrests after Taiwanese President Chen Shui-bian publicly disclosed the position of Chinese missiles aimed at the island.

Chen denied spies were needed to establish information, which he said was freely available over the Internet and could be seen in satellite images.

World News // 2 hours ago
Police, protesters clash in wake of Beirut blasts
Aug. 8 (UPI) -- Beirut police fired tear gas and rubber bullets Saturday toward thousands of protesters calling for government accountability for this week's explosions at a port that killed over 150 people. 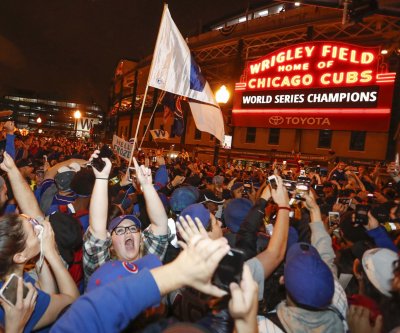