WASHINGTON, Dec. 30 (UPI) -- U.S. Attorney General John Ashcroft recused himself from a probe into the leak of a CIA officer's name, the Justice Department said Tuesday.

Comey said Ashcroft had suggested the appointment of a special counsel for the case. To fill that position, Comey choose U.S. Attorney for the Northern District of Illinois Patrick Fitzgerald.

The Justice Department has been looking into allegations that someone at the White House told syndicated newspaper columnist Robert Novak the name of a CIA employee. 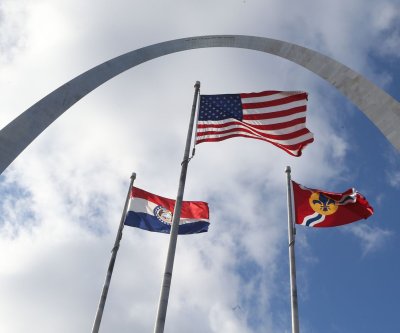 U.S. News // 4 hours ago
Coldest air yet this season to be unleashed across Midwest U.S.
Residents of the Midwest may be wondering what month the calendar flipped to later this week, as a November-like air mass plunges in with gusty winds, spotty showers and perhaps even some snowflakes.

Top News // 9 hours ago
UPI Almanac for Sunday, Sept. 27, 2020
On Sept. 27, 1938, Queen Elizabeth christened the world's largest ocean liner with her own name during a ceremony in Scotland.

U.S. News // 14 hours ago
Proud Boys briefly rally in Portland; counter-protesters gather elsewhere
Sept. 26 (UPI) -- An estimated collective 2,000 people turned out for demonstrations in Portland Saturday afternoon, with 500 of those turning out for a Proud Boy rally that had promised to draw thousands more.

U.S. News // 16 hours ago
Environmental activist confirmed dead in Oregon wildfire
Sept. 26 (UPI) -- A well-known Oregon environmentalist who has been missing since Sept. 7 amid wildfires in the region was confirmed dead Friday in the forest he spent much of his life trying to save.

World News // 19 hours ago
Defector: Kim Jong Un likely knew of plans to execute South Korean
Sept. 26 (UPI) -- Kim Jong Un has reportedly apologized for the murder of a South Korean fisheries officer, but the statement is in no way a confirmation the North Korean leader had no hand in the death of the 47-year-old man, a U.S.-based North Korean defector says.

U.S. News // 20 hours ago
Judge sets TikTok hearing for Sunday amid looming ban
Sept. 26 (UPI) -- A federal judge has set a hearing for Sunday morning to decide on the fate of TikTok ahead of Trump's ban slated to take effect by midnight of the same day.