Lott calls for 'mowing down' opponents

Sen. Trent Lott, R-Miss., told The Hill newspaper Wednesday: "Honestly, it's a little tougher than I thought it was going to be. If we have to, we just mow the whole place down, see what happens. You're dealing with insane suicide bombers who are killing our people, and we need to be very aggressive in taking them out."

Although no other GOP lawmakers have endorsed Lott's proposal to "mow the whole place down," The Hill said frustration is increasing.

Earlier, Sen. Pat Roberts, R-Kan., said he was concerned U.S. forces were unable to anticipate many of the attacks in a situation he described as tantamount to a guerrilla war.

Said Roberts: "I can tell you, I'm very worried about the lack of pertinent intelligence to fight that kind of a war. It appears we have some real problems."

U.S. News // 43 minutes ago
Stimulus payments could go out late this week if House passes Senate bill
March 8 (UPI) -- The House is expected to pass President Joe Biden's $1.9 trillion American Rescue Plan this week, which means the Internal Revenue Service will likely begin sending out a third direct stimulus payment to many Americans. 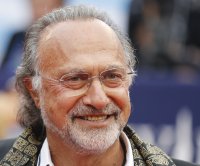 Top News // 6 hours ago
UPI Almanac for Monday, March 8, 2021
On March 8, 1914, International Women's Day was observed on March 8 for the first time and would go on to be marked on this day annually.

World News // 20 hours ago
COVID-19 subsides in Britain with 82 new deaths, lockdown to ease
March 7 (UPI) -- The pandemic is diminishing in Britain, including an increase of 82 deaths Sunday, after a peak of more than 1,800 two months ago with restrictions to be reduced and vaccinations ramped up, much like elsewhere in Europe.