By
MARK Q. RHOADS, A UPI Outside View Commentary

WASHINGTON, March 29 (UPI) -- God bless the 9th U.S. Circuit Court of Appeals. Judges in America's most liberal court have finally written a decision so blatantly ideological that it may well cause a popular uprising against liberal judges and their pretensions to exclusive authority over interpreting the Constitution.

You want more decisions like those in the 9th Circuit banning the words "under God" from the Pledge of Allegiance? Then let the minority liberal Democrats in the Senate continue to block common-sense nominees for judge such as Miguel Estrada.

Judges in the 9th U.S. Circuit could not have stated their case more forcefully or been more intellectually dishonest. For these hard-core left-wing ideologues, the mere recitation of the word "God" in a public declaration, or any acknowledgement of the existence of the Supreme Being, is now forever to be equated with Congress promoting "an establishment of religion" as prohibited by the First Amendment.

The appellate judges of the 9th Circuit know perfectly well that such an equation was never the intent of framers who wrote the First Amendment. These liberal judges simply do not give a damn. Their personal modern-day ideological agenda is what matters to them, not the intent of the authors of the Constitution.

Judges of the 9th Circuit would ask us to believe that a country that justified its establishment in 1776 on the fact that all men "are endowed by their Creator with certain inalienable rights" would abandon that basic creed only 13 years later with the adoption of the First Amendment. They almost certainly understand that the extremely laborious extrapolation of the First Amendment to now mean a "wall of separation" between government and any reference to God whatsoever is a wholly fictional claim invented by other liberal judges in recent years.

Presumably the judges of the 9th Circuit can read constitutional history. If so, they know that the clear intent of First Amendment authors was simply to prevent the creation of a national official church in the United States that would be endorsed by Congress in the same manner that the English monarchy endorsed the Church of England. They would know also that states were jealous of their own prerogatives and that Virginia and Massachusetts still had state-sponsored official religions well into the 1850s.

Yet the judges of the 9th Circuit would have us believe that a 1954 change by Congress in the language of the Pledge of Allegiance to simply add the words "under God" is so dangerously "unconstitutional" as to require their order that those offending words be banned. Their not-so-hidden agenda in the long term is to so rewrite American law as to make the secular state always supreme over any God-given rights of individuals that our country was first created to enshrine.

Do appointed judges, in dicta, have a right to express their personal policy preferences? Yes, of course they do. But that is an entirely different matter from dishonestly claiming that the laws of Congress must be nullified, not because they actually conflict with the Constitution, but because they run counter to the personal bias of the judges.

It is bad enough that left-wing jurists dare to cloak their extreme secular views in the trappings of a decision that purports merely "to interpret" the Constitution. The fact that they flaunt their bias while wearing the black robes of their office makes their intellectual travesty all the more egregious and offensive.

If these liberal judges had made a different career choice and had succeeded in getting themselves elected as members of Congress or a state legislature, they would have the right to vote for their policy preferences to become law. But they did not make that choice. In order to get their lifetime jobs, they pretended instead to become objective judges who would interpret and apply law written by others regardless of whether or not such laws might conflict with their personal policy bias.

Unfortunately, the appointed liberal judges of the 9th Circuit have repeatedly chosen to substitute their will for that of the people through their elected lawmakers. If you are a liberal judge on the 9th Circuit and you find a law you do not care for, no problemo. Just simply assert without any real justification that in your opinion the law is "unconstitutional" and presto, you will nullify its application.

America can find no more ghoulish poster children for what is fundamentally dishonest about liberal judicial activism than those judges of the 9th U.S. Circuit Court of Appeals. I say God bless them because in the end their guile will not benefit their cause. This time they may have gone so far to the left that they might actually wake up the entire country to what is really at stake in making certain Congress does not confirm any more liberal ideologues to lifetime jobs.

("Outside View" commentaries are written for UPI by outside writers on subjects of public interest.) 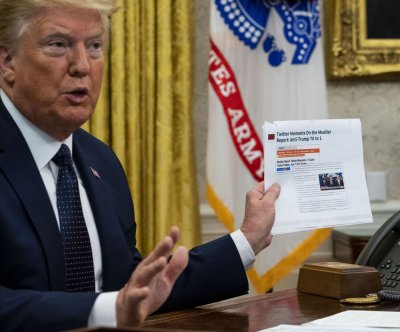 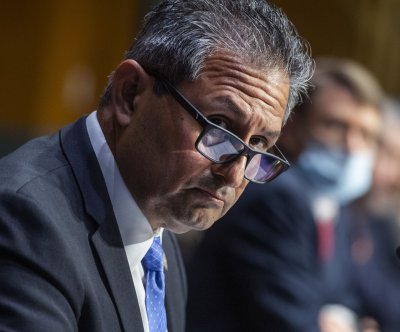 Defense News // 4 hours ago
Army scientists say they could have a COVID-19 vaccine by year's end
June 2 (UPI) -- Army scientists are testing coronavirus vaccines developed by outside laboratories -- but also one created by the Army itself -- and are optimistic they'll have a vaccine ready by the end of the year. 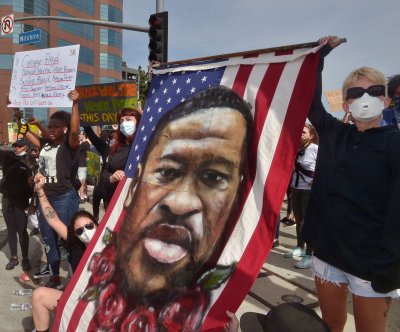