WASHINGTON, March 13 (UPI) -- The Senate Thursday voted to outlaw so-called "partial birth" abortions 63 to 32 in a move likely to draw a court challenge. Opponents of the measure said that by failing to properly protect the health rights of mothers, the bill was unconstitutional.

The vote was one of the first victories for the new Republican Senate leadership, which has struggled to overcome Democratic opposition on several key issues. On three previous occasions, the Congress has approved similar bans on partial birth abortions -- which are generally described as late term abortions performed with the fetus partially outside the womb.

Former President Bill Clinton vetoed two of those past efforts and let a third one expire in a so-called "pocket veto."

Thursday morning's passage of the bill -- numbered S. 3 and sponsored by Sen. Rick Santorum, R-Penn. -- followed a late session Wednesday evening in which supporters beat back several attempts to modify the bill by the mostly Democratic opponents of the bill. Reproductive rights supporters did force a vote albeit, a non-binding one, that showed the Senate's support for the Supreme Court's Roe v. Wade decision that legalized abortions.

As a result of a disagreement over whether the bill allows the procedure to protect the life of the mother, opponents vowed a court challenge to the bill if it passes the U.S. House of Representatives and is signed by President Bush, as expected.

But supporters of the ban, including the National Right to Life Committee, lauded this version of the bill and said that any court challenge would fail.

"President Bush, 70 percent of the public, 64 senators, and four Supreme Court justices say there is no constitutional right to deliver most of a living baby and then puncture her head with a scissors," said Douglas Johnson, legislative director for NRLC. "But five Supreme Court justices said that partial-birth abortion is protected by Roe v. Wade, and 33 senators agreed. We hope that by the time this ban reaches the Supreme Court, at least five justices will be willing to reject such extremism in defense of abortion."

The bill's language prohibits doctors from taking an "overt act" to end a pregnancy and describes partial birth to mean delivering the fetus until its head or torso past its navel is outside the body of the mother.

In a 60 to 38 vote, the Senate Wednesday night defeated a compromise amendment that would have banned a range of late term abortions, but continued to allow them to protect the health of the mother. But opponents, such as Sen. Orrin Hatch, R-Utah, argued that "health of the mother" could mean almost anything in this context and said that such procedures were regularly performed to protect the mother from mental suffering. That was considered an unacceptable reason for the procedure according to Hatch and others.

Some opponents of banning the procedure also joined with Republicans to defeat the measure because it made some abortions illegal, leaving one of the amendment's sponsors to bemoan the lack of middle ground in the abortion debate," Illinois Democratic Sen. Dick Durbin said. "It doesn't ban abortion, which is what some people want. And it doesn't get the government out of the picture, which is what some other people want," he said. "Instead, it tries to draw a line, a good faith line of where we will allow abortions in late term pregnancies."

A key supporter of reproductive rights -- the national chapter of Planned Parenthood -- said that defeating the compromise actually hurt the supporter's claimed cause of preventing unwanted pregnancies -- and additional abortions.

"Senator Santorum and his anti-choice colleagues rejected a prevention package amendment that would have supported family planning initiatives to reduce unintended pregnancy and to improve access to prenatal and post-partum care for women," Planned Parenthood President Gloria Feldt said in a statement. "By defeating this measure, which would have reduced the need for abortion, anti-choice senators proved yet again that their real agenda is to dismantle women's reproductive rights."

U.S. News // 30 minutes ago
Watch live: Police give initial findings of deadly shooting involving Alec Baldwin
Oct. 27 (UPI) -- Authorities in New Mexico will give an update Wednesday in the accidental shooting involving actor Alec Baldwin that killed a cinematographer and wounded the director of a western film during production last week. 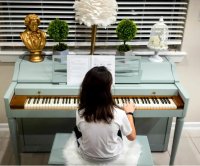 World News // 2 hours ago
Sunao Tsuboi, Hiroshima survivor who met Obama during 2016 visit, dies at 96
Oct. 27 (UPI) -- Sunao Tsuboi, a survivor of the U.S. atomic bombing at Hiroshima in Japan during World War II who became a lifelong activist opposed to nuclear weapons, died this week at the age of 96.

U.S. News // 3 hours ago
More than 4 years later, organizers of extremist Charlottesville rally face civil trial
Oct. 27 (UPI) -- The organizers behind the 2017 "Unite the Right" rally in Charlottesville, Va., are the focus of civil charges on Wednesday that they intentionally planned violence that killed a woman and injured several people.