WASHINGTON, Sept. 4 (UPI) -- After months of go-it-alone public statements on Iraq, President George W. Bush announced Wednesday that he was set to begin consultations with Congress on America's future course regarding Iraq and its weapons of mass destruction. Here is the text of Bush's letter dated Wednesday to House Speaker Dennis Hastert, R-Ill.:

"America and the civilized world face a critical decision in the months ahead. The decision is how to disarm an outlaw regime that continues to possess and develop weapons of mass destruction, despite its own promises over the last decade and despite the condemnation of the world. Since September 11, we have been tragically reminded that we are vulnerable to evil people. And this vulnerability increases dramatically when evil people have access to weapons of mass destruction.

"I know Members of Congress agree that Saddam Hussein's regime is still a threat to peace, as it was when you passed the Iraq Liberation Act of 1998. I also know members of the United Nations are angry that this regime continues to thumb its nose at the world, defying at least 16 U.N. Security Council resolutions adopted between 1990 and 1999 that require Iraq to disarm and give up weapons of mass destruction, to stop threatening its neighbors, and to stop oppressing the Iraqi people. America intends to lead the way to make certain that the Saddam Hussein regime is not able to threaten anyone in the world with the world's most devastating weapons.

"I am in the process of deciding how to proceed. This is an important decision that must be made with great thought and care. Therefore, I welcome and encourage discussion and debate. The Congress will hold hearings on Iraq this month, and I have asked members of my Administration to participate fully.

"Doing nothing in the face of a grave threat to the world is not an option. At an appropriate time and after consultations with the leadership, I will seek congressional support for U.S. action to do whatever is necessary to deal with the threat posed by Saddam Hussein's regime. The Congress can play an important role in building a national consensus for action.

"The international community must also be involved. I have asked Prime Minister Blair to visit America this week to discuss Iraq. I will also reach out to President Chirac of France, President Putin of Russia, President Jiang of China, and other world leaders. I will have these discussions in advance of next week's meeting of the United Nations General Assembly in New York. At that meeting, I will discuss the challenge that the current Iraqi regime represents to the United Nations and the entire international community. My Administration remains committed to the regime change policy enshrined in the Iraq Liberation Act. The world must address how the Iraqi people can be liberated from the bondage in which the regime holds them and realize a better future for their children.

"We must not allow an outlaw regime that incites and uses terror at home and abroad to threaten the world by developing the ultimate weapons of terror. The months ahead will be important ones and the civilized world must come together to deal with the threat posed by the Iraqi regime. 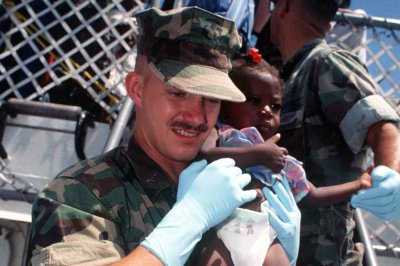 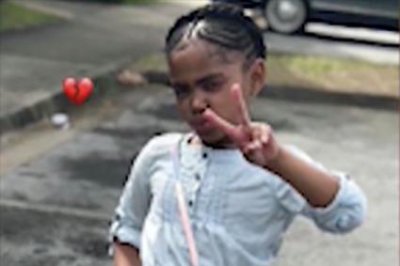