At a Capitol Hill event this morning sponsored by the Leadership Council of Aging Organizations and featuring Peter Orszag and Henry Aaron of the Brookings Institution and Kilolo Kijakazi of the Center on Budget and Policy Priorities, charges were made that proposals to allow voluntary personal retirement accounts as part of Social Security reform could impact benefits for current and near-retirees.

Said Biggs: "Despite relentless political attacks, a majority of Americans continue to favor voluntary personal retirement accounts. Since reform opponents can't attack anything that's in personal account plans, they're attacking something that isn't: benefit cuts. These scare tactics are simply evidence of how desperate reform opponents have become.

"Claims that current seniors' benefits could be cut are an irresponsible attack on legitimate reform proposals and an irresponsible attempt to scare seniors in an election year. Those making these claims are wrong, and they know they are wrong. To imply that Social Security reform will cut benefits for today's retirees pushes the debate to a new low."

Proposals from the President's commission make no changes for anyone over the age of 55, according to Biggs. Younger workers would have the option to invest part of their payroll taxes in a voluntary personal retirement account. These accounts, combined with their traditional benefits, would provide substantially higher benefits than the insolvent current system can afford to pay.

Low-wage workers would receive benefits higher than the current program even promises, much less can pay. For instance, a low-wage woman retiring in 2042 under one of the commission's proposals would receive $986 per month (in 2001 dollars), which is $330 more than Social Security could afford to pay her and $90 per month more than Social Security even promises.

(NCPPR is a communications and research foundation dedicated to providing free market solutions to today's public policy problems, based on the principles of a free market, individual liberty and personal responsibility. NCPPR was founded to provide the conservative movement with a versatile and energetic organization capable of responding quickly and decisively to late-breaking issues, based on thorough research.)

Ten-second response: Even though opening the refuge to oil exploration is important, we should not trade this for a provision that would harm the economy.

Thirty-second response: The Senate energy bill has a provision in it which is strikingly similar to the Kyoto treaty that the president recognizes would be devastating to our economy. Democrats may be willing to allow oil exploration in the refuge to get this regulation of emissions, which would hurt our economy, cost American jobs and deprive us of many of our energy sources.

Discussion: Title XI of the energy bill passed by the U.S. Senate would allow for a voluntary reporting of reductions of greenhouse gas emissions by companies. However, after five years, if the government determines that less than 60 percent of the emissions are being reported, the plan becomes mandatory. This is an attack on fossil fuels and the energy they supply. While many credible scientists still are not convinced that manmade global warming is taking place nor that carbon dioxide contributes to climate change, liberal Democrats have long wanted to limit emissions of greenhouse gases regardless of the cost to American jobs. Therefore, Democrats may well be willing to trade the wildlife refuge provision for the global warming one, betting that future oil exploration might be thwarted anyway because of future emissions reductions requirements.

(Gretchen Randall is the director of the John P. McGovern Maryland Center for Environmental and Regulatory Affairs at the National Center for Public Policy Research

(MCPP is a non-partisan research and educational organization devoted to improving the quality of life for all Michigan citizens by promoting sound solutions to state and local policy questions through the objective analysis of Michigan issues. MCPP seeks to broaden the policy past the belief that government intervention should be the standard solution for various issues. MCPP offers an integrated and comprehensive approach encompassing the role of voluntary associations, business, community and family, as well as government.)

Midland, Mich. -- Critics of Social Security privatization are saying that if the earnings Americans now put into Social Security are invested in the economy, they may suffer the same dire fate as the private pension accounts that were decimated by the Enron debacle.

Their faulty assumption is that the personal retirement accounts being recommended by the president's commission to strengthen Social Security operate in the same way -- and are as vulnerable to the whims of the market -- as the Enron accounts.

Fortunately, this is not the case.

No serious Social Security reform plan that allows workers to privately invest a portion of their payroll tax would let those workers invest so heavily in a single stock. Indeed, the plans suggested by the president's commission, those legislative proposals currently making their way through Congress, and the plans being proposed by various think tanks, all envision broadly diversified portfolios.

This is always a bad idea. Privatized Social Security pension plans, on the other hand, wouldn't go under in this way for the same reason someone with a diversified stock portfolio doesn't lose their money if a single stock drops off the board. They're still heavily invested in other stocks that are thriving.

If opponents of privatization truly believe that the Enron debacle has shown private investing to be too risky, they should be advising Americans to abandon their 401(k)s and other investments. Of course, they are doing nothing so foolish.

In fact, Senate Majority Leader Tom Daschle, D-S.D., recently endorsed private investment accounts as an "add-on" to the current Social Security system. This is because even opponents of privatization understand that private capital markets are extremely safe long-term investments.

Trying to drag Enron into the Social Security debate shows just how few arguments opponents of privatization really have.

(Michael Tanner directs research on new, market-based approaches to health, welfare, and other "entitlements," such as Social Security for the Cato Institute, a Washington, D.C.-based research and education institute.)

Marlene Arzola, outreach coordinator for the Cuban Committee for Democracy (based in Miami).

"We need engagement with Cuba and to shift away from the politics of isolation toward more openness and dialogue. It's hypocritical of the U.S. government to talk about democracy in Cuba and not other places where that isn't as convenient."

-- Jane Franklin, author of "Cuba and the United States: A Chronological History."

"The Jimmy Carter visit highlights the threat to our freedoms posed not by Fidel Castro but by the right-wing Cuban lobby and our own government. First, a former president of the United States has to request the (U.S.) government's permission to travel to Cuba.

Then two members of Congress -- Ileana Ros-Lehtinen and Lincoln Diaz-Balart -- demand (on March 22) that the White House deny this permission. What these forces mean by restoring 'democracy' to Cuba is really restoring plutocracy under U.S. domination. It's no mere coincidence that Diaz-Balart's father was head of the Cuban Senate under the Battista dictatorship."

-- Larry Birns, director of the Council on Hemispheric Affairs.

"The Bush administration seems intent on ratcheting up its anti-Castro campaign by launching, just as former President Jimmy Carter was preparing to fly to Cuba, un-evidenced accusations against Cuba to promote an atmosphere of crisis where none existed before. Secretary of State Powell apparently has leased jurisdiction over Latin American affairs to ideologues within his department who appear to be preparing to announce a stepped-up anti-Havana policy on May 20.

Perhaps the most dangerous recent development facing U.S.-Cuban relations arises from the unsubstantiated accusations and thinly-veiled threats made by John Bolton, undersecretary of state for arms control and international security. Claiming that the Cuban bio-terrorism threat had been 'underplayed' by previous administrations, Bolton -- whose far-right credentials were exhibited while serving as a senior Department of Justice official during the Reagan administration -- tried to cast Cuba's internationally-applauded biotechnology sector, which accounts for tens of millions of dollars in its vitally important export income and substantially contributes to the island's high health standards, as a front for bio-terrorism.

Otto Reich, the administration's controversial assistant secretary of state for inter-American affairs, now leads a veritable cabal of highly directed and radicalized Cuban-American administration officials intent on fomenting greater hostility between the two nations by concocting an atmosphere of near-hysteria between the two countries.

U.S. News // 38 minutes ago
Goldman Sachs pleads guilty in U.S., agrees to pay $2.9B in 1MDB scandal
Oct. 22 (UPI) -- U.S. investment house Goldman Sachs and its Malaysian subsidiary have agreed to pay more than $2.9 billion after admitting to bribery as part of the 1MDB scandal, the U.S. Justice Department announced Thursday. 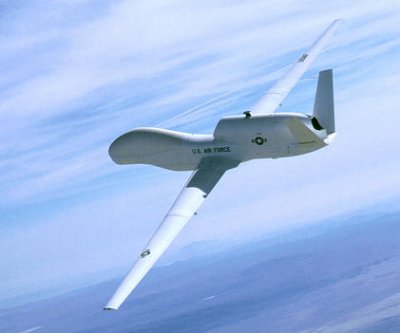 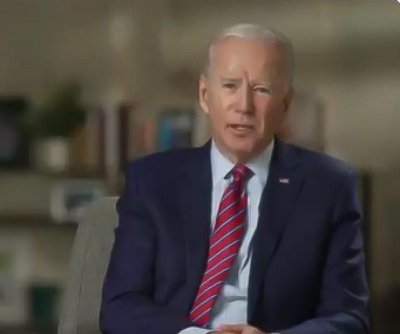