Kirk, 47, joined a crowded field of candidates running for his party's nomination to succeed retiring Sen. Phil Gramm, R-Texas. His chief opponent is expected to be Rep. Ken Bentsen, a Houston Democrat and nephew of former Sen. Lloyd Bentsen.

If elected, Kirk would be the first black to represent Texas in the Senate.

If he should win the Democratic nomination in the March 12 Texas primary, his opponent would probably be Attorney General John Cornyn, the expected Republican nominee.

In his remarks, Kirk said he would work to build coalitions for change, like he did as Dallas mayor, and fight for changes such as a patients' bill of rights and paid prescription drugs for senior citizens.

Kirk was easily re-elected to a second term as mayor of Dallas in 1999 with 74 percent of the vote but could not seek a third term because of term limits.

As mayor, Kirk led successful campaigns for the new American Airlines Center sports arena and a $246 million project to develop the Trinity River area into parks and lakes. But he was also a booster of Dallas' failed efforts to attract Boeing Corp. and the 2012 Olympics.

Kirk had expressed interest in the Senate race even before Gramm announced his retirement in September. He quickly formed an exploratory committee of prominent Texas Democrats and after his resignation as mayor began traveling the state to build his name recognition.

"As mayor of Dallas, I've had an extraordinary opportunity to make a difference at the local level," Kirk said. "I am excited about the opportunity to serve all Texans and I will work hard to bring people together, to get things done, and do what's right."

Among the prominent Democrats on his exploratory committee was former Gov. Ann Richards, who appointed him secretary of state in 1994.

Kirk is an attorney with the Dallas firm of Gardere, Wynne and Sewell. 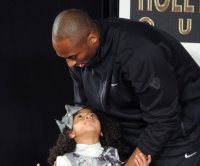 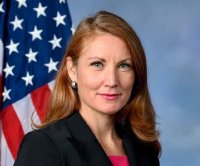 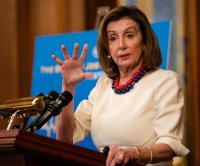 World News // 7 hours ago
UNICEF calls for children to be evacuated from Syrian prison
Jan. 25 (UPI) -- The United Nations Children's Fund on Tuesday called on the international community to help more than 800 children imprisoned in a military detention facility in northeast Syria.
Advertisement