Bailey was given 30 days to close his office and banned from taking new clients.

Bailey, 68, was found guilty of seven counts of misconduct, including mixing client funds with his own, misappropriating funds, continuing to spend client funds after a federal court ordered him to stop, giving false testimony, self-dealing and disclosure of confidential client information.

The Duboc case was heard in Gainesville, Fla., in 1994. Duboc agreed to cooperate with the government by pleading guilty and forfeiting all of his assets in hope of a lighter sentence.

About 602,000 shares of Biochem Pharma stock worth almost $6 million were transferred into Bailey's Swiss account. Bailey was supposed to use the money to maintain and liquidate Duboc's other assets, which included French real estate. Instead, he moved the money to his personal account and spent some of it to buy a home.

"Bailey has committed some of the most egregious rules violations possible, evidencing a complete disregard for the rules governing attorneys," the court said in its ruling Wednesday. "Bailey's false testimony and disregard of Judge (Maurice) Paul's orders demonstrate a disturbing lack of respect for the justice system and how it operates.

"Bailey's self-dealing and willingness to compromise client confidences are especially disturbing. Not only did Bailey use assets that his client intended to forfeit to the U.S. Government for Bailey's own purposes, but Bailey also attempted to further his own interests by disparaging his client in an ex parte letter to the judge who would sentence his client. Bailey's self-dealing constitutes a complete abdication of his duty of loyalty to his client," the ruling said.

Bailey spent six weeks in federal prison in Tallahassee in 1998 after he was held in contempt for failing to surrender some of Duboc's assets.

In an unrelated case, Bailey was found guilty of contempt of court in Aug. 2000 for failing to turn over $2 million to the government that was forfeited by infomercial king William McCorkle when he was convicted of fraud and money laundering in 1998. Judge Patricia Fawcett declined to send Bailey to jail.

Bailey also was disciplined by the Massachusetts Bar in 1970 and the New Jersey Bar in 1971.

Bailey may not apply for readmission to the Florida Bar for five years and must meet all the requirements of a new attorney, including passing the Bar exam. He was ordered to pay $24,400 in court costs.

Bailey is known for his defenses of the Boston Strangler, Sam Shepard and Patty Hearst. He also worked on the O.J. Simpson defense team. He was admitted to the Florida Bar in 1989 and the Massachusetts Bar in 1960. 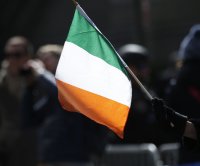 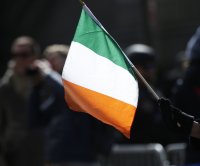 Top News // 10 hours ago
UPI Almanac for Sunday, April 18, 2021
On April 18, 1949, the Republic of Ireland formally declared itself independent from Britain.

U.S. News // 21 hours ago
Forecasters: Central U.S. will plunge back into winter next week
Chilly air, which has gripped the central United States all week, will be reinforced by another shot of cold weather early next week, forecasters said Saturday.