Serena Williams reacts against Naomi Osaka of Japan during a first-round match at the 2018 Miami Open tennis tournament on Key Biscayne. File Photo by Erik Lesser/EPA-EFE

May 25 (UPI) -- Ivanka Trump added her voice to the chorus of critics calling for the French Open to seed Serena Williams.

Sunday's match will be Williams' first in a Grand Slam since she won the 2017 Australian Open while pregnant with her daughter, Alexis Olympia Ohanian.

Williams was ranked No. 1 in the world when she left the tour to give birth. By being unseeded, she is more likely to face higher ranked players in the early round of the Grand Slam.

Several of Williams' tennis foes have supported the idea that she should be seeded for the tournament.

"If you're like finished, or you stopped because you're going to have a child and you will be in top 8, I think you should have this kind of thing, to have protected seeding,'' Italian Open champ Elina Svitolina said of Williams, according to the Washington Post. "She was No. 1 so she deserves seeding.''

This is ridiculous. @SerenaWilliams is a formidable athlete (best ever!) and loving new mother. No person should ever be penalized professionally for having a child! The #WTA should change this rule immediately. #FrenchOpen.https://t.co/W5jQ5aEUXm

An online petition asking the French Open to give all new moms a protected ranking is closing in on its goal of 13,000 signatures. It was about 200 signings short as of Friday morning.

Trump followed suit, responding to a tweet from ESPN regarding Williams' position in the Grand Slam.

"This is ridiculous. Serena Williams is a formidable athlete [best ever]! and loving new mother. No person should ever be penalized professionally for having a child! The #WTA should change this rule immediately," Trump wrote.

Williams is looking to win her 24th Grand Slam at Rolland Garros, which would tie her for the most ever with Margaret Court. 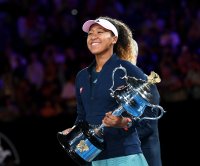 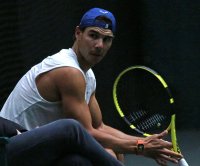