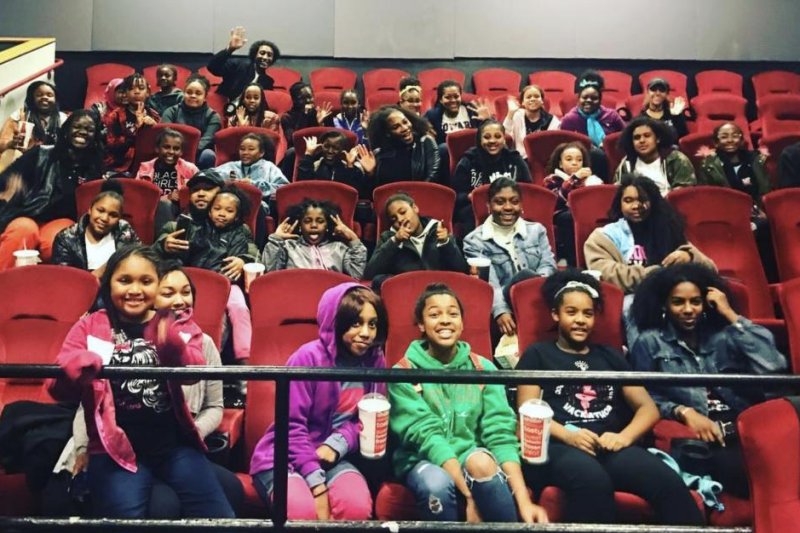 Feb. 17 (UPI) -- Moviegoers in San Francisco were surprised by one of the best athletes of all time Thursday when Serena Williams showed up at a screening of Black Panther.

Williams -- and husband Alexis Ohanian -- rented out a theater for the movie's premier at AMC Van Ness 14. They invited a group of girls from Black Girls Code, a group devoted to introducing computer coding lessons to young girls from underrepresented communities.

Williams also filmed her Reddit co-founder husband talking about the gesture. Ohanian initially planned the event as a corporate outing for Initialized Capital.

Serena Williams surprised some girls from @BlackGirlsCode Thursday at a private showing of #BlackPanther. pic.twitter.com/Guiu9SDJuK

He said they had a bunch of extra seats for the Black Girls Code girls.

"None of them know that you, my wonderful wife, are going to show up and watch the premier with them. A real life super hero. So stay tuned," Ohanian said.

The group eventually walked into the theater, before Ohanian gave a brief introduction for his wife.

"I'm really glad you could be our guest and I thought just for fun maybe I could bring a real life superhero to come watch it with you. So actually, I brought my amazing wife, Serena Williams," he told the group.

Williams walked out to loud screams.

"I'm glad you guys could make it out," Williams said. "Obviously this is a huge moment for us and for black people. We've never had a superhero movie. So we are super excited. I feel like I've waited my whole life for this. We are happy that we worked with Black Girls Code to bring you guys out and enjoy this amazing movie."

Williams took photos with the girls after the screening.

"We can all forever remember this moment."

That moment when the @blackgirlscode students we invited to the Initialized Capital private screening of the #BlackPanther premiere realize they're going to watch the film with a real-life superhero, @serenawilliams (full IG Live Story on her profile)

Black Girls Code aims to provide African-American youth with the skills to occupy about 1.4 million computing job openings expected to be available in the United States by 2020. The group aims to train one million girls by 2040.