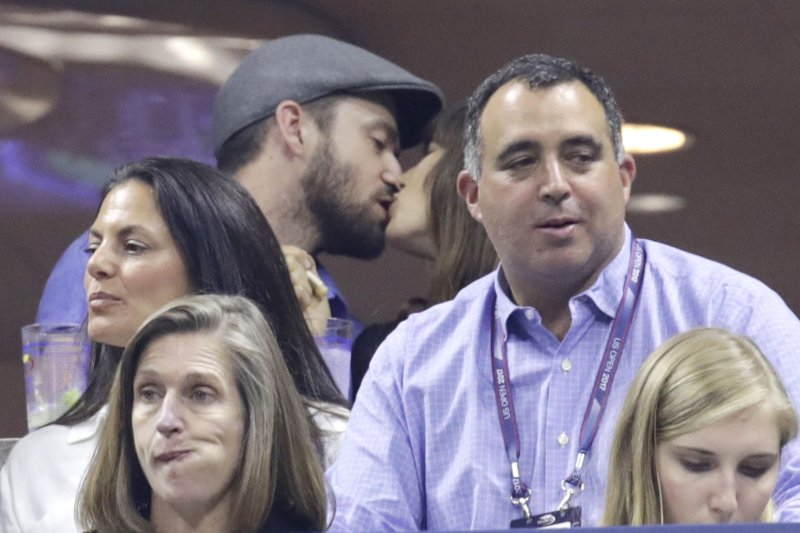 The 36-year-old actor and former 'N Sync star cheered hard for Switzerland's Roger Federer during Day 6 of the tournament at Arthur Ashe Stadium in New York. He was caught by cameras, screaming and raising his arms in joy. Biel and Timberlake were also caught kissing in the stands.

Federer beat American Frances Tiafoe in his Round of 128 match, but went a stunning five sets. He beat Russia's Mikhail Youzhny Thursday in another five-set match to advance out of the Round of 64.

On Saturday, Federer beat Spain's Feliciano Lopez 6-3, 6-3, 7-5 in the Round of 32, with the power couple watching. The seasoned Swiss sensation has a Round of 16 match at 11 a.m. Monday against Germany's Philipp Kohlshreiber.

Timberlake and Biel were married in 2012 in Italy.