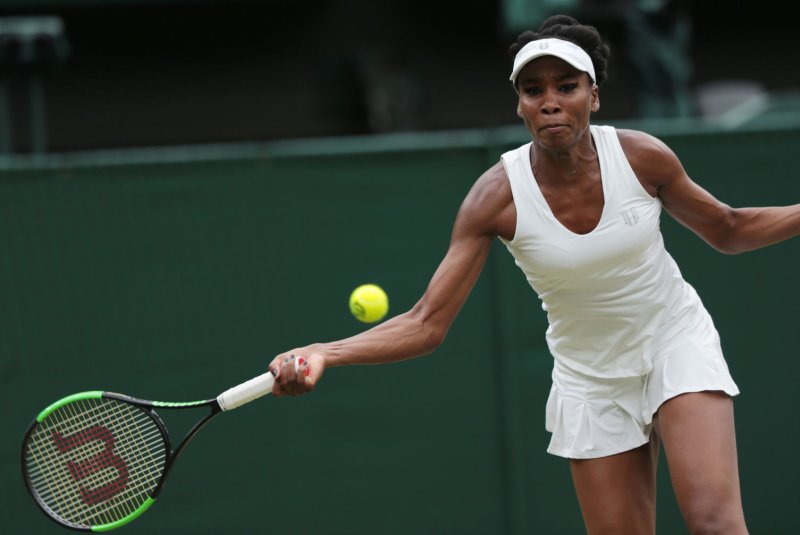 American Venus Williams returns the ball in her match against Spain's Garbine Muguruza in the Women's Final of the 2017 Wimbledon championships, London on July 15, 2017. File photo by Hugo Philpott/UPI | License Photo

Venus Williams agreed to turn over her cell phone records to attorneys representing the family of a 78-year-old man who died after a June auto accident involving the tennis star.

Jerome Barson died nearly two weeks after the crash on June 9 and his family filed a wrongful death lawsuit against Williams. Lawyers want to study Williams' cell phone records to see if she was distracted while driving.

Williams hasn't been cited or charged in the case.

According to the police report, Williams' 2010 Toyota Sequoia SUV drove into an intersection in Palm Beach Gardens, Fla., near her residence. The other driver, Linda Barson, the wife of Jerome Barson, said she could not stop her 2016 Hyundai Accent in time and hit Williams' car.

The crash happened during the middle of the day and lawyers requested Williams' call log from noon to 2:30 p.m. ET.

Jerome Barson died on June 22 of head injuries suffered in the crash.