Maria Sharapova of Russia reacts during her second round match against her compatriot Ekaterina Makarova at the Porsche Tennis Grand Prix tournament on Thursday in Stuttgart, Germany. File photo by Ronald Wittek/EPA

Maria Sharapova wants to play Wimbledon but she has decided not to request a wild card into the main draw.

Instead, she will attempt to crash the field by playing the qualifying tournament.

Just three days after being turned down for a wild card by the French Open due to her 15-month doping ban, Sharapova elected not to have another showdown with a major tournament while she also tends to her recent thigh injury.

"A few months ago, I received a wild card offer from Birmingham, one of my most memorable tournaments as a young player. I am so grateful and excited to be playing this event again!" Sharapova said on her website. "Because of my improved ranking after the first three tournaments of my return, I will also be playing the Qualifying of Wimbledon in Roehampton, and will not be requesting a wild card into the main draw.

"I have already started getting treatment on the injury I sustained a few days ago in Rome, and will begin my preparation as soon I get better."

Sharapova will need to win three matches in the Wimbledon qualifying to land a spot in the main draw.

The Birmingham event -- the Aegon Classic -- begins on June 19, two weeks prior to the start of Wimbledon. Qualifying for Wimbledon will begin June 26.

It will be the first time Sharapova will have to qualify for an event since 2003 in Birmingham.

Sharapova was denied the French Open spot due to the 15-month ban she served for testing positive for meldonium at the 2016 Australian Open. She was hoping to compete in the event but French Tennis Federation president Bernard Giudicelli announced on Tuesday that he decided against it, saying in part "it's my mission to protect the game and protect the high standards of the game."

Sharapova has been sharply criticized by numerous players since returning to competitive tennis. She received wild-card entries to all three events she has played in since her suspension concluded.

She withdrew from the Internazionali BNL d'Italia in Rome on Tuesday after injuring her left thigh in a match against Mirjana Lucic-Baroni. 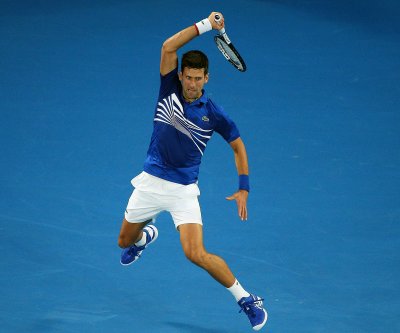