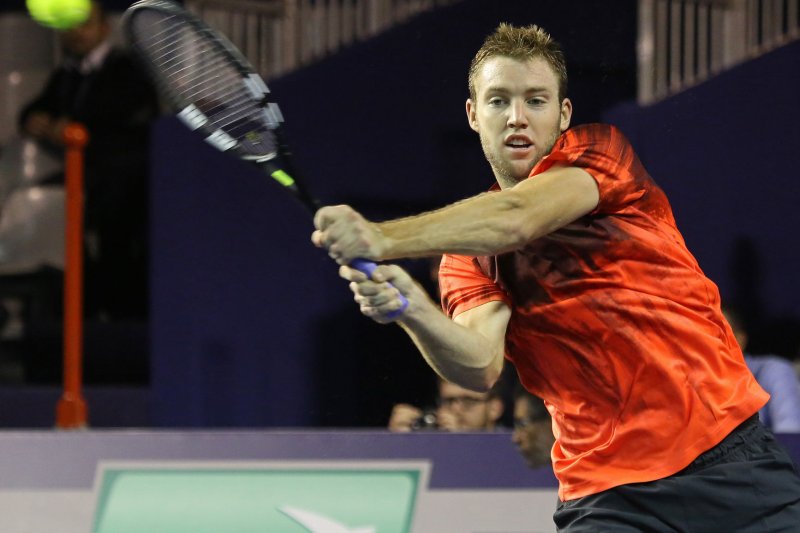 Third-seeded Jack Sock hopped into the semifinals at the Delray Beach Open on Friday with a 6-4, 7-6(4) victory over fifth-seeded Steve Johnson in Delray Beach, Fla.

Young won his quarterfinal match in a walkover after Steve Darcis of Belgium withdrew from the tournament for personal reasons.

Top-seeded Milos Raonic of Canada dropped the first set to eighth-seeded Kyle Edmond of Great Britain but came back to claim a 4-6, 6-3, 6-4 victory to reach the semifinals.

Seventh-seeded Juan Martin del Potro of Argentina advanced to the semifinals to face Raonic with a 7-5, 7-5 victory over fourth-seeded American Sam Querrey, the defending champion.

Sock, the highest-ranked American men's player at No. 21, is going after his second title in 2017. He has yet to lose a set on a hard court this year and has a 10-1 match record.

Sock finished with seven aces and one double fault against Johnson.

"I thought the first set today was very different than our usual matches," Sock said. "It usually comes down to a break here and a break there. Our first set today, I was able to get the early break (in the first game), give it back, get it again, give it back and then get it a third time. I feel like both our strengths is serving and being aggressive, so for us to break five times in a set was very different."

Johnson, ranked No. 26 in the world, was frustrated with his serving.

"I've never lost a set like that," Johnson said. "It's always one or two points here and there that could have changed the outcome, and unfortunately I didn't capitalize."

In Sock's favor in the semifinal against Young is a 2-0 record in head-to-head meetings. Young is trying to win an ATP World Tour title for the first time in his career.

"He may come out with a completely different game plan than in the past," Sock said of Young. "It'll be interesting to see what he does."