Tomas Berdych returns from layoff to win opener at Rotterdam 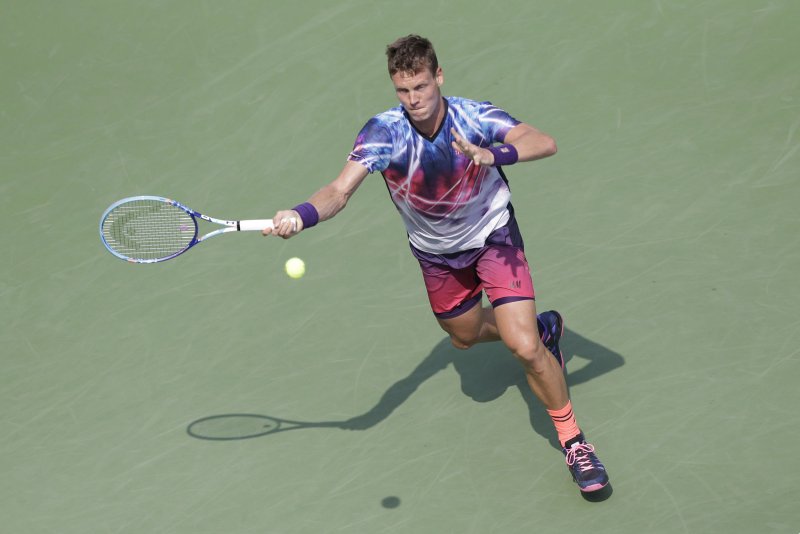 Back in action after a nearly monthlong break, Tomas Berdych posted a straight-sets win Monday in a first-round match at the ABN AMRO World Tennis Tournament in Rotterdam, Netherlands.

The world's 13th-player made an early exit from his previous tournament, the Australian Open, falling in the round of 32. However, it wasn't as if he fell to some upstart. He lost in straight sets to Switzerland's Roger Federer, who went on to win the championship.

Berdych is a past champion in Rotterdam, having one of his 13 career singles titles there in 2014.

"It's one of the special weeks of the season, where I've generally had solid results," Berdych said ahead of his return. "Of course, 2014 is a great memory at a traditionally very tough tournament to win. I like coming back when a tournament is doing very well for the players."

Other first-round action Monday included an immediate rematch. Great Britain's Aljaz Bedene topped Uzbekistan's Denis Istomin in qualifying, but when another player withdrew, Istomin got a spot in the main draw -- and he was matched up with Bedene.

Istomin won the main-draw match 6-3, 7-6 (3). Istomin upset second-seeded Novak Djokovic in the second round of the Australian Open.