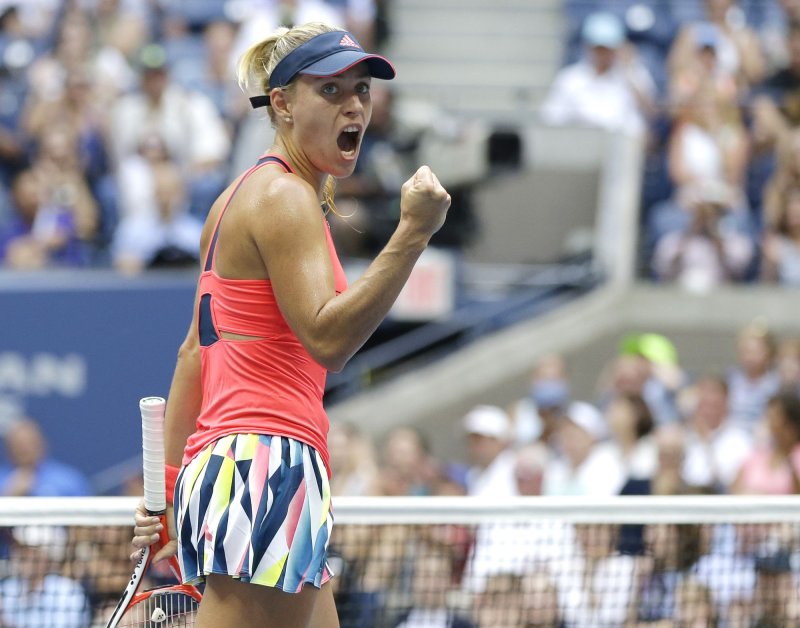 After a slow start to the Australian Open, defending champion Angelique Kerber finally got rolling Friday.

The top-seeded German, who needed three sets to win each of her first two matches, dominated the Czech Republic's Kristyna Pliskova in a 6-0, 6-4 third-round victory in Melbourne, Australia.

"I think it was not so easy because I know that she's a tough opponent," Kerber said. "She can serve very well and she hits the balls very strong. I was trying to stay until the last point very focused because you never know what happens."

Kerber advances to face unseeded American Coco Vandeweghe in the fourth round. Vandeweghe got past Canada's Eugenie Bouchard 6-4, 3-6, 7-5.

"I saw (the Vandeweghe-Bouchard match) a little bit," Kerber said. "It was a very tough and close match.

"I think it will be a tough match against (Vandeweghe). I played against her a few times in the past, but let's see. I'm ready, I'm feeling good and I'm loving playing on this court."

Vandeweghe was able to bounce back after dropping the second set Friday.

"She started playing better and I got a little passive in my game plan and executing it -- I was able to turn it around thankfully," Vandeweghe said.

Spain's Garbine Muguruza, the seventh seed, was scheduled to be in action later Friday against 32nd-seeded Anastasija Sevastova of Latvia. The winner of that match will oppose Romania's Sorana Cirstea, a 6-2, 7-6 (2) victor over American Alison Riske.