Timbers defenders spark win vs. Orlando SC in MLS Is Back final

Aug. 12 (UPI) -- The Portland Timbers used goals from two defenders to beat Orlando City SC in the MLS Is Back Tournament final in Orlando, Fla.

The finale came after more than a month of action on the league's bubble campus after the MLS regular-season was suspended in mid-March due to the coronavirus pandemic.

"In the quarantine we've been talking a lot about what we wanted to accomplish and how we wanted to play," Mabiala told reporters. "Obviously we wanted to play better, but at the end of the day you don't play finals, you're just winning, and we'll remember the winner of this MLS Is Back tournament."

The Timbers clinched a spot in the CONCACAF Champions League with the victory.

"It's a great feeling to achieve this in this tournament," Timbers manager Giovanni Savarese said. "A historical moment for our club. Credit to the players because they came here with a purpose.

"From the moment we came here from Portland, the mindset was to make sure that we win one game at a time. Everybody demonstrated, game-by-game, the unity we have and the maturity they showed, with the way they went into every single game. Achieving this has been a huge accomplishment."

The Timbers struck first off a Diego Valeri free kick from about 40 yards out in the 27th minute. Valeri bent the long attempt into the box during the play. Mabiala then slipped behind the defense and headed the service into the near-post netting.

Orlando SC star Nani used some more of his magic to set up the equalizer in the 39th minute.

The Portuguese winger dribbled up the left flank before he turned and fired a pass into the box. Midfielder Mauricio Pereyra stopped the feed and kept the ball away from three defenders before he ripped a shot into the near post to beat Timbers keeper Steve Clark.

The score stayed tied through halftime before Zuparic scored the game winner in the 66th minute.

Valeri sent in a corner kick from the right side at the start of the play. The ball fell into the box before striker Jeremy Ebobisse trapped it to the ground and kicked it toward the goal. Zuparic then deflected the kick at the near post and sent it into the far-post netting to beat Orlando City keeper Pedro Gallese.

"We learned we are a better team at this moment," Nani said after the loss. "We improved as a group, as a club and let's be honest, we must accept we are not the same team as before. And you all know that.

"You all saw our games, you have seen this final, you've seen the way we've been playing and the way every team who plays against us behaves against us." 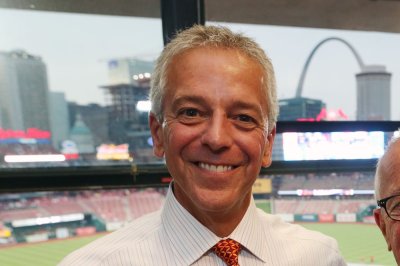