MLS to return with July 8 tournament at Walt Disney World 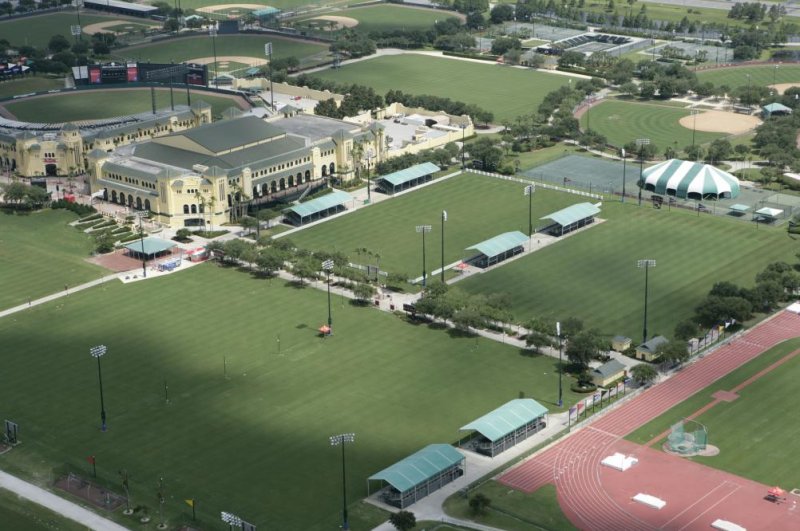 The MLS is Back Tournament will be played from July 8 to Aug. 11 at the ESPN Wide World of Sports Complex at the Walt Disney World Resort in Orlando, Fla. Photo courtesy of Disney

June 10 (UPI) -- Major League Soccer announced its plan to return Wednesday, after a coronavirus-related season suspension, with the MLS is Back tournament from July 8 to Aug. 11 at the Walt Disney World Resort in Orlando, Fla.

The MLS season has been suspended since March 12 due to the pandemic. Teams had played just two games before the season stoppage. The new tournament will be held without fans in attendance.

All 26 teams will participate in the unprecedented competition this summer at the ESPN Wide World of Sports Complex. The 54 tournament games will air on MLS partner TV networks.

"We are pleased to team up with Disney to relaunch the 2020 MLS season and get back to playing soccer," MLS commissioner Don Garber said.

"The opportunity to have all 26 clubs in a controlled environment enables us to help protect the health of our players, coaches and staff as we return to play."

Teams can arrive in Orlando June 24. The tournament begins with a July 8 group stage. Round of 16 play will be from July 25 to 28. The quarterfinals are from July 30 to Aug. 1. The semifinals will be Aug. 5 and 6. The championship will be Aug. 11.

MLS teams have returned to group training sessions in recent weeks. The league worked with infectious disease experts to develop a COVID-19 testing plan it will implement during the MLS is Back Tournament.

Orlando City SC, Atlanta United, LAFC, the Seattle Sounders, Toronto FC and Real Salt Lake will be the top seeds in the tournament. The group stage will include three matches per day at 9 a.m., 8 p.m. and 10:30 p.m. EDT.

MLS plans to continue its 2020 season with a revised schedule. The league also plans to hold the MLS Cup playoffs and MLS Cup.

Group stage results will count toward the regular-season standings.

The winner of the tournament will earn a spot in the CONCACAF Champions League. That spot is usually reserved for the MLS regular-season points leader in the alternate conference of Supporters' Shield winner, the honor given to the team with the best regular-season record.

The 26 MLS tournament teams will be drawn into six groups, split by the 14-team Eastern Conference and 12-team Western Conference. Players can also earn bonuses as part of a $1.1 million tournament prize pool.

U.S. News // 10 minutes ago
U.S. announces $2.4 billion more defense aid to Ukraine
Feb. 3 (UPI) -- The U.S. Department of Defense said Friday Ukraine will get another $2.4 billion in U.S. military aid to further bolster its defense against the Russian invasion.

U.S. News // 1 hour ago
Honda urges owners of certain cars to get airbags repaired immediately
Feb. 3 (UPI) -- Honda is warning owners of vehicles with unrepaired Takata air bags not to drive them and instead bring them in for repair, saying that the risk to drivers could be deadly.