Jan. 20 (UPI) -- Barcelona superstar Lionel Messi finished off a beautiful Arturo Vidal pass with a late score to lead his squad to a La Liga win against Granada.

Messi's latest goal came in the 76th minute of the 1-0 triumph Sunday at Camp Nou in Barcelona.

The six-time Ballon d'Or winner fired a pass into Antoine Griezmann at the start of the game's lone scoring sequence. Griezmann then sent a quick pass into Vidal. The Granada defense swarmed Vidal, but the Barcelona midfielder managed to get his boot on top of the ball. Vidal then blindly slipped the ball to Messi, who ran into the box.

Messi used his first touch to place a shot into the left corner of the goal, beating Granada keeper Rui Silva.

"It was a really important win, as we continue at the top of the table after a bad run of results," Barcelona star Sergio Busquets told FCBarcelona.com.

World News // 1 hour ago
Fears of pandemic stoked as more countries confirm COVID-19 cases
Feb. 27 (UPI) -- An infectious and deadly coronavirus that has killed thousands in China has spread to at least 44 countries, stirring fears that COVID-19 may soon become a pandemic. 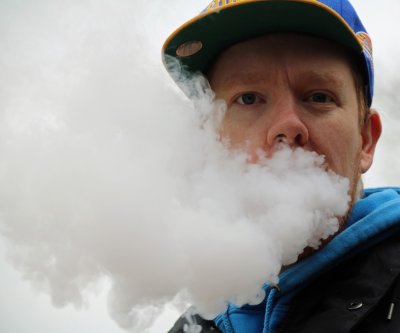 U.S. News // 2 hours ago
ADL: Right-wing extremists killed 38 people in 2019
Feb. 27 (UPI) -- The vast majority of domestic extremist-related killings in the United States last year were committed by right-wing extremists, according to a new report from the Anti-Defamation League.

Health News // 6 hours ago
CDC: More than 40% of U.S. adults are obese
Feb. 26 (UPI) -- More than 40 percent of American adults are obese, according to data released by the U.S. Centers for Disease Control and Prevention's National Center for Health Statistics on Thursday.