Manchester City's Rodri scored in the 68th minute of a 4-1 win against Burnley Tuesday in Burnley, England. Photo by Peter Powell/EPA-EFE

Dec. 4 (UPI) -- Brazilian striker Gabriel Jesus scored a goal in each half to help Manchester City beat Burnley 4-1 in the Premier League.

Sky Blues star David Silva assisted the lone goal of the first half, finding Jesus in the 24th minute of the win Tuesday at Turf Moor in Burnley, England.

"It was an important game," Jesus told ManCity.com. "We are now eight points behind [in the standings], so it was a good win for us.

"That is their level -- the Premier League is like this. Burnley has good players and they are good with set-pieces. We played good again and we scored our chances."

Silva split the defense with a ball ahead for Jesus at the top of the box on the left flank during the first scoring sequence. Jesus dribbled into the box before curling a beautiful shot into the far-post netting.

Jesus doubled the Sky Blues lead in the 50th minute. Bernardo Silva dribbled the ball in the top right corner of the box during that play. Silva then fired a cross toward the far post. Jesus came flying in and volleyed the feed into the top left corner of the net, beating Burnley keeper Nick Pope.

Rodri hit an absolute screamer in the 68th minute to give the Sky Blues a 3-0 edge. Several Manchester City players attempted shots on goal but they were denied by the Burnley defense. One of the deflections sprayed out to Rodri as he ran into the box. The Sky Blues star ripped a long-range shot into the right side of the net in the 68th minute. Pope had no chance to save the screamer.

"It was a great goal for me at an important moment for us," Rodri said. "I don't have many chances around the area. I want to shoot and score goals when I can."

Bernardo Silva tapped a short pass to Riyad Mahrez while about 40 yards from the net for the Sky Blues' fourth goal. Mahrez brought in the pass and dribbled toward the box before placing an 18-yard shot into the left side of the net, beating a diving Pope for a 4-0 lead.

Robert Brady scored the final goal of the match in the 89th minute for Burnley. Jeff Hendrick sniped a pass through a crowd of Sky Blues defenders during that exchange. The ball rolled through the box for an incoming Brady, who hammered a close-range shot into the near-post netting.

"They were really good goals [scored by Jesus]," Sky Blues manager Pep Guardiola said. "The first one was excellent and the second one was the result of an incredible cross and great finish. Riyad and Rodri's goals [were great] too."

World News // 2 hours ago
U.N.: COVID-19 is 'greatest test' since World War II
April 1 (UPI) -- The coronavirus pandemic is "the greatest test" the world has faced since the second world war, United Nations Secretary-General Antonio Guterres said during a call to action. 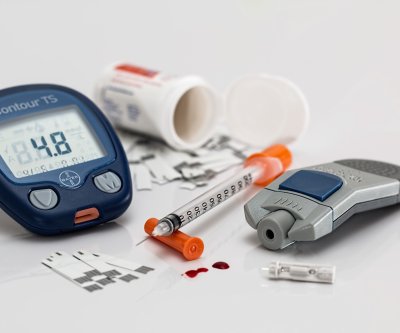 Health News // 5 hours ago
AI may help predict type 2 diabetes
Based on a study involving 509,000 annual checkup records for 139,000 people in Japan collected over a decade, researchers say an artificial intelligence system can help identify people who will develop type 2 diabetes. 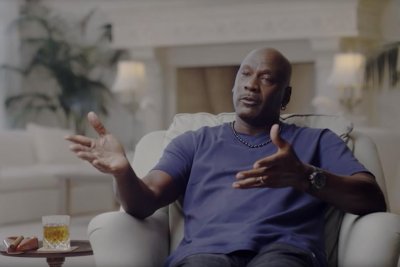