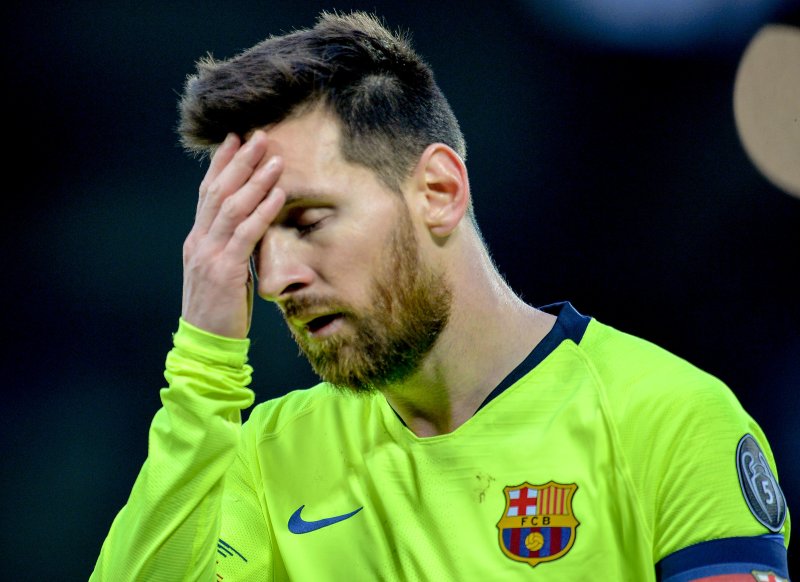 Lionel Messi and Barcelona will not play Real Madrid Oct. 26 but are expected to take on their rivals in El Clasico in December. Photo by Peter Powell/EPA-EFE

Oct. 18 (UPI) -- Barcelona and Real Madrid's El Clasico soccer rivalry will be rescheduled from Oct. 26 to a date in December due to protests taking place in Catalonia, Spain.

The Royal Spanish Football Federation announced the move Friday. The clubs have been asked to agree to a new date by 5 a.m. EDT Monday. If the La Liga squads can't agree on a new date, the committee will make the decision.

The move comes after Spain's Supreme Court sentenced nine Catalonia separatists to up to 13 years in prison on sedition charges on Monday. Demonstrations have taken place around the region since the verdict. Protesters blocked roadways, passenger trains and have caused more than 100 flights to be canceled.

The Royal Spanish Football Federation said it was unsafe to play El Clasico on the same day as a rally set for Oct. 26. La Liga proposed moving the game from Camp Nou in Barcelona to Santiago Bernabeu stadium in Madrid, but neither club agree to the switch in venue.

"The [federation] agrees to dismiss the request made by La Liga in relation to reversing the order of the matches played between Barcelona and Real Madrid," the federation's statement said.

Barcelona issued a statement on the court ruling that jailed the separatists Monday.

"The club asks all political leaders to lead a process of dialogue and negotiation to resolve this conflict, which should also allow for the release of convicted civic and political leaders," Barcelona said.