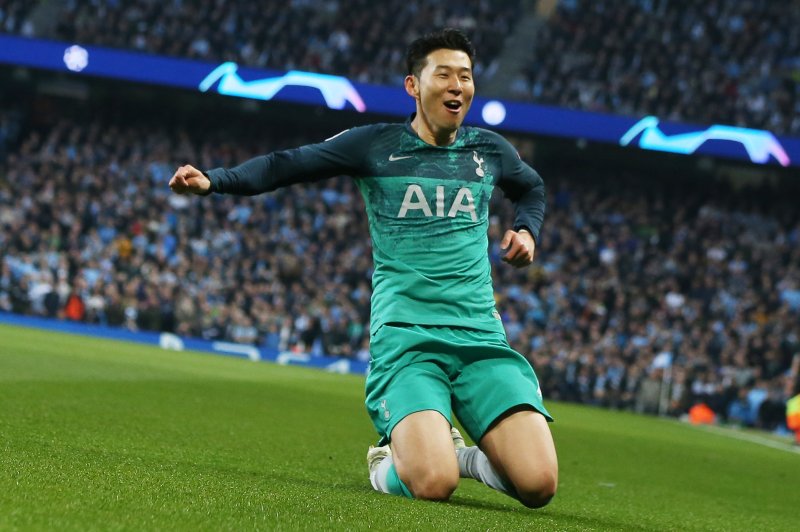 Spurs advanced to a semifinal matchup with Ajax, despite tying 4-4 in aggregate goals in the two-leg quarterfinal against the Sky Blues. Tottenham scored more away goals to win the tie-breaker.

Spurs followed a 1-0 win in the first leg with a back-and-forth scoring fest Wednesday at Etihad Stadium. Raheem Sterling gave the Sky Blues the lead with a first blood score in the fourth minute, before Son Heung-min scored twice in three minutes for Tottenham.

Bernard Silva scored an equalizer for City one minute later, before Sterling added his second score in the 21st minute. City's 3-2 edge held through the halftime whistle. Sergio Aguero added another score in the 59th minute, giving City a 4-2 edge and the go-ahead score to advance in the Champions League.

But Fernando Llorente's 73rd minute score gave Spurs the necessary ammo to climb ahead on away goals.

Sergio Aguero puts Manchester City in front on aggregate for the first time in this tie—can they hold on?

Watch the rest of this thriller LIVE [US Only]: https://t.co/ZDBeJgB9jT pic.twitter.com/uo9yuab6ld

Sterling appeared to have scored a decisive goal in the 90th minute to help City advance, but Aguero was ruled offside on the play and the goal was disallowed.

"Yeah, it's tough," City manager Pep Guardiola told reporters. "It's cruel but we have to accept it. It was a nice game for everyone. Second half we did everything. We scored the goals we needed but congratulations to Tottenham and all the best for the semfinals."

Tottenham and Ajax battle in the first leg of the Champions League semifinals on Tuesday, April 30 at Tottenham Hotspur Stadium.