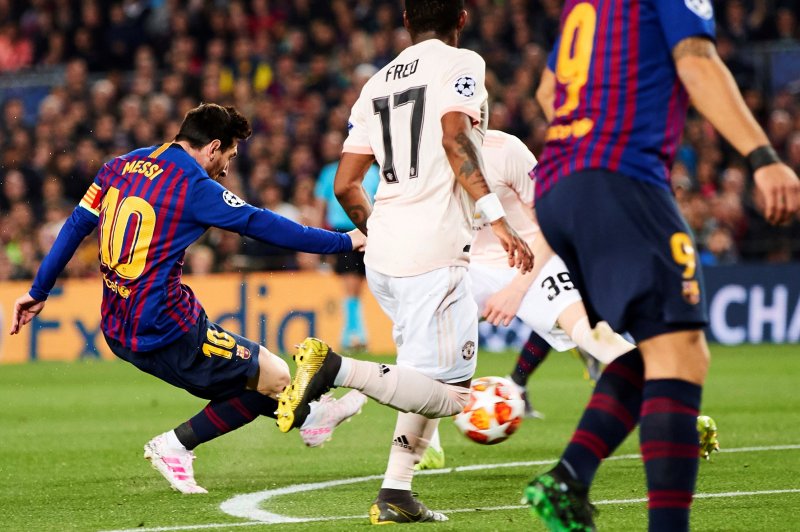 April 16 (UPI) -- Barcelona's Lionel Messi used a lightning-quick dribble move to get space and score against Manchester United in the Champions League on Tuesday in Barcelona.

The first blood score came in the 16th minute of the second leg match at Camp Nou. Messi added another score four minutes later to give Barcelona a 2-0 lead in the first half. Messi now has 10 goals this season in Champions League competition.

Messi then flew in and grabbed the loose ball ahead of a sliding Young. He then came up on Fred and nutmegged the Brazilian defender with the outside of his left boot. Messi took a few more taps with his left foot before ripping a shot into the far-post netting, past Red Devils keeper David de Gea.

The Barcelona star's second score came with a bit more luck. That time, Messi ran into traffic to secure the ball before splitting two defenders. He fired a shot at the Red Devils net, but hit it directly at de Gea. The Red Devils star mishandled the shot, allowing the ball to go under his arm and dribble into the net.