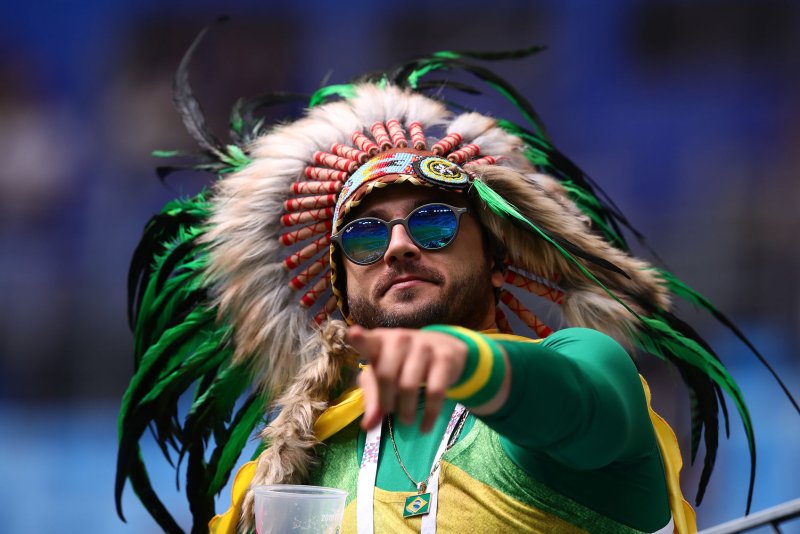 June 23 (UPI) -- A record number of matches without goalless draws during one FIFA World Cup have been played at the 2018 tournament in Russia.

In the group stage match between Belgium and Tunisia, the scoring was opened in the sixth minute, with a goal scored by Belgium's forward Eden Hazard. For the first time ever, 27 matches played at one World Cup did not end in a goalless draw.

The previous achievement was recorded at a tournament in Switzerland back in 1954, with goals scored in all 26 matches.

The Belgium vs Tunisia match was played on Saturday at Moscow's Spartak Stadium. Belgium triumphed over Tunisia with a 5:2 win.

A total of 32 national football teams are participating in the 2018 FIFA World Cup held in 11 cities across Russia between June 14 and July 15.

The teams were divided into eight groups, with four in each, and the top two from their relevant groups will proceed to the next round, known as the playoffs or the knockout stage, to keep vying for the much-coveted FIFA World Cup Trophy.

Russia is holding its first time ever edition of the FIFA World Cup, which kicked off in Moscow with a spectacular opening show at the Luzhniki Stadium on the night of June 14.

The country selected 11 host cities to be the venues for the matches of the 2018 World Cup and they are Moscow, St. Petersburg, Sochi, Kazan, Saransk, Kaliningrad, Volgograd, Rostov-on-Don, Nizhny Novgorod, Yekaterinburg and Samara.

Health News // 24 minutes ago
Study: Vaccinated, immunocompromised people still at greater COVID-19 risk
Nov. 30 (UPI) -- COVID-19 infections in people who are fully vaccinated are rare, but more common and severe among those with weaker immune systems, an analysis published Tuesday by the Journal of Medical Economics found.

World News // 49 minutes ago
IOC official 'disappointed' in ongoing concern for Chinese tennis star Peng Shuai
Nov. 30 (UPI) -- A top Olympic official says people who concerned about the well-being of Chinese tennis player Peng Shuai should stop speculating about a conspiracy over a recent video call between she and IOC chief Thomas Bach. 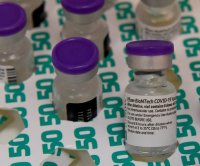 Health News // 1 hour ago
Pfizer to seek FDA approval of COVID-19 vaccine boosters for teens
Pfizer Inc. is expected to seek approval this week for emergency use of its booster shots among American teens ages 16-17.

World News // 2 hours ago
Myanmar judge delays verdicts for Suu Kyi to hear from one more witness
Nov. 30 (UPI) -- A judge in Myanmar on Tuesday postponed some of the trial verdicts for ousted civilian leader Aung San Suu Kyi to allow for more testimony from a senior member of Suu Kyi's political party.