The NHL season was halted in mid-March because of the coronavirus pandemic. File Photo by Bill Greenblatt/UPI | License Photo

July 6 (UPI) -- The NHL and the NHL Players Association have reached a tentative agreement on a return-to-play plan to resume the 2019-20 season this month, the league and union announced Monday.

The NHL and the players' union also agreed in principle on a memorandum of understanding that adds an additional four years to the term of the collective bargaining agreement, extending it through the 2025-26 season. The current CBA -- ratified in January 2013 -- was set to expire in September 2022.

The NHL board of governors now must approve the agreements. Once the NHLPA's executive committee -- which consists of one player representative from each of the 31 teams -- approves the package, the agreement will move forward to a full-membership vote. The union is expected to conduct a vote among the players sometime this week.

The return-to-play plan includes rules and requirements for Phases 3 and 4 of the NHL's restart after the league suspended play March 12 because of the coronavirus pandemic.

Phase 3 is the reopening of training camps -- which is set to happen July 13 in teams' respective cities -- as well as traveling to hub cities July 26 for additional training and exhibition games. Eastern Conference teams will play in Toronto and Western Conference clubs will hold games in Edmonton. The conference finals and Stanley Cup Final will take place in Edmonton.

Phase 4 is the resumption of play in those hub cities with a 24-team postseason tournament. The qualification round of five-game series for the Nos. 5-12 seeds in the Eastern and Western Conferences is set to begin Aug. 1.

The return-to-play proposal also outlines testing protocols and explains how positive COVID-19 tests will be handled.

Earlier Monday, the NHL announced that 23 out of 396 players who have reported for Phase 2 activities have tested positive for the virus. The league also said it is aware of 12 additional positive cases among players since June 8 -- the date when players reported to their teams for optional training.

The NHL said it has administered more than 2,900 coronavirus tests since June 8, including more than 1,400 last week.

If players decide to opt out of the restart, they can do so within a three-day window after the full-member vote ratifies the new collective bargaining agreement. 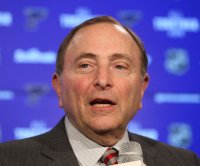 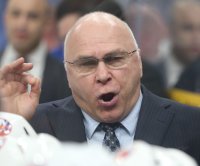 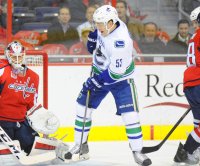