Feb. 12 (UPI) -- The St. Louis Blues placed veteran defenseman Jay Bouwmeester on injured reserve after he suffered a cardiac episode on the bench during Tuesday's game against the Anaheim Ducks.

Armstrong said Bouwmeester remained at the UC Irvine Medical Center on Wednesday and is undergoing a battery of tests to determine what happened.

"Jay Bouwmeester is doing very well at the UC Irvine Medical Center in Anaheim and is undergoing a battery of tests to determine the how and why of what happened last night," Armstrong told reporters Wednesday. "Things are looking very positive."

Armstrong said Bouwmeester became unresponsive after he collapsed on the bench during the first period of Tuesday night's game and medical personnel at the Honda Center used a defibrillator to revive him.

"Jay regained consciousness immediately and was transported directly to the hospital," Armstrong said. The game was postponed and will be made up at a later date, according to the team.

Blues captain Alex Pietrangelo visited Bouwmeester in the hospital Tuesday night. The team said Bouwmeester was awake, alert and able to FaceTime with other teammates from his hospital room.

Bouwmeester, 36, completed a long shift and was on the Blues' bench when he appeared to reach for a water bottle and collapsed. Pietrangelo and teammate Vince Dunn were closest to Bouwmeester, and immediately signaled for help.

Bouwmeester, playing in his 17th season, ranks second among active NHL defensemen with 1,241 career games played. He had nine points (one goal, eight assists) in 56 regular-season games this year.

The Blues will face the Vegas Golden Knights on Thursday at T-Mobile Arena in Las Vegas. 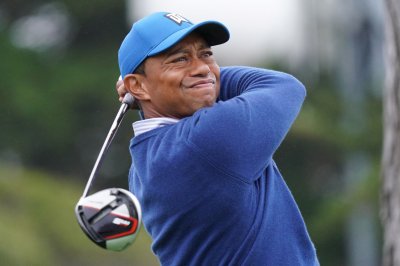