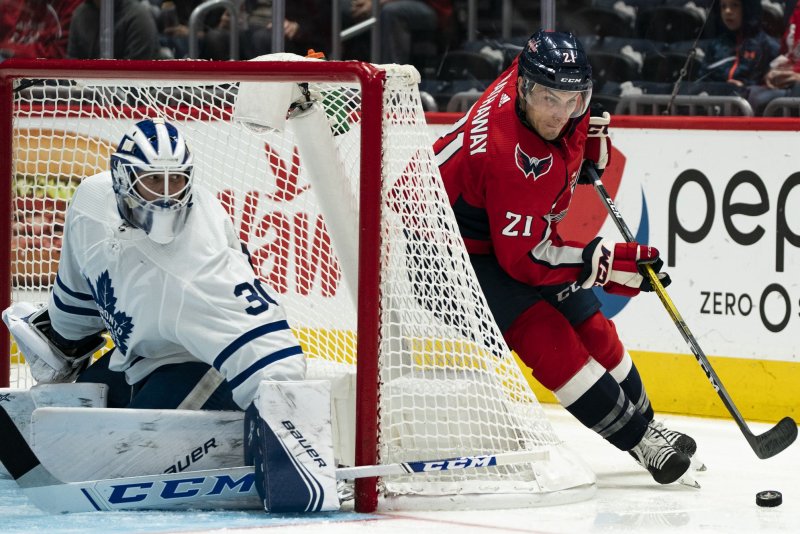 The NHL announced Hathaway's suspension Wednesday after conducting a hearing with the 27-year-old forward. He will also forfeit $24,194 in salary as a result of the three-game ban.

The incident occurred in the final seconds of the second period during the Capitals' 5-2 win over the Ducks on Monday night at Capital One Arena in Washington, D.C. Toward the end of a heated brawl between the teams, Hathaway countered a rabbit punch from Gudbranson by spitting on him.

Hathaway was ejected after being assessed a match penalty, which carried with it an automatic suspension pending review by the league. He later said he regretted spitting on Gudbranson and called it an emotional sequence between the teams.

"The refs were trying to break it up and I felt like there were a couple sucker punches thrown and I got one there quick," Hathaway told reporters after the game. "I reacted a bit emotionally and unfortunately spit came out of my mouth after I got sucker punched.

"It has no place. It was an emotional play by me. You don't plan any of that stuff in your head."

The Capitals signed Hathaway in July after he spent the last two seasons with the Calgary Flames. In 23 regular-season games this year, he has recorded two goals and five assists.

Washington took on the New York Rangers on Wednesday night. The Capitals will play the Vancouver Canucks on Saturday.