May 8 (UPI) -- St. Louis rookie goalie Jordan Binnington saved the Blues' season with a sensational save in the second overtime in Game 7 against the Dallas Stars.

Stars forward Jamie Benn made contact with Blues defenseman Colton Parayko's stick as he was passing the puck, causing the errant pass to hit the post. Binnington hugged the post and deflected the puck away, with Benn collecting his own rebound.

Benn skated behind the net and attempted to bury a wraparound as Binnington recovered from the original chance. The rookie goal quickly sprawled and denied the shot with his left pad, saving the Blues' season.

Binnington, a Calder Trophy finalist, made 29 saves on 30 shots. He improved to 8-5 this postseason.

The Blues face the winner of the San Jose Sharks-Colorado Avalanche series in the conference final. 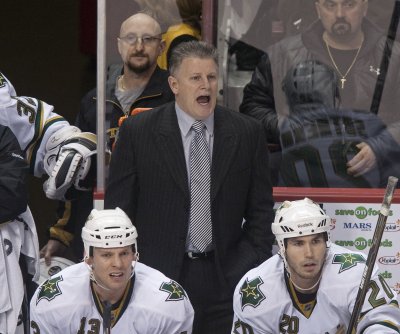 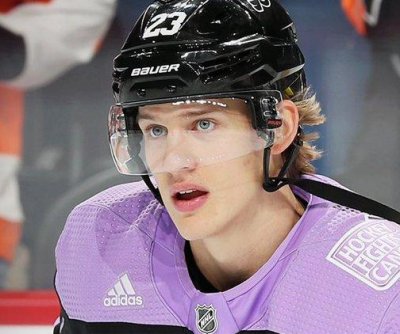