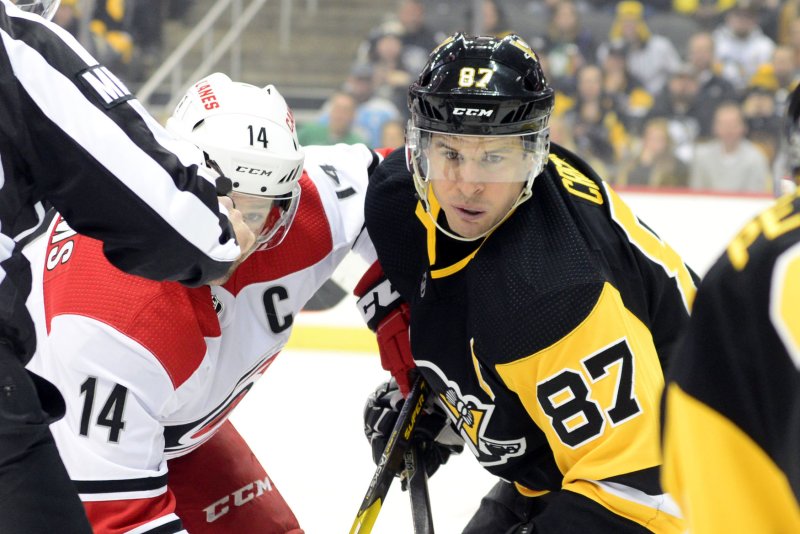 April 18 (UPI) -- Pittsburgh Penguins star center Sidney Crosby will not play for his home country in the 2019 IIHF World Championship.

Crosby told reporters Thursday that he would not play for Team Canada in Slovakia after the Penguins were swept in the first round of the Stanley Cup playoffs Tuesday.

"No, I'm just going to try to make the most of the rest," Crosby said. "No significant injuries, but as you get older, there are things that nag you."

The Penguins were searching for their third Stanley Cup trophy in four seasons. Instead, the New York Islanders defeated Pittsburgh in four games, something Crosby said he plans to reflect on.

"It's disappointing to have this long of an off-season," Crosby said. "It's been a while since we've had this much time, really. Digest the year and have it kind of in your mind. It's going to be a long one. It's going to be a long summer and there will be lots of time to look back and just kind of think about this one. But at some point, you've got to move on and get ready for the next one."

The 2019 IIHF World Championship begins May 10.