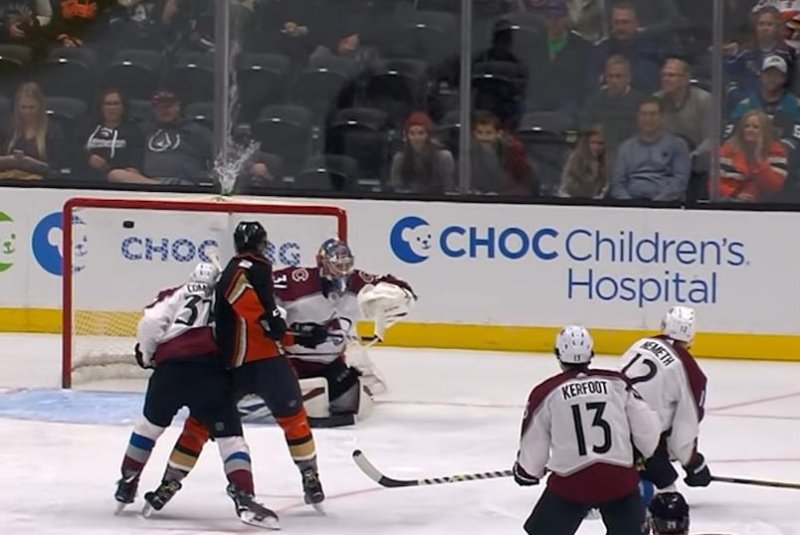 Silfverberg entered the zone and aimed a short-side shot on Colorado goaltender Philipp Grubauer. The Ducks winger buried the rocket and destroyed Grubauer's water bottle in the process.

The velocity of Silfverberg's shot popped the lid of the bottle into the air and sent water flying into the stands.

Silfverberg's score gave the Ducks a 1-0 lead in the opening frame. Anaheim beat the Avalanche 2-1 and moved to 25-32-9 this season.

Silfverberg's goal was the 100th of his career with the Ducks. He has 24 points (16 goals, eight assists) in 56 games this year.

The Ducks sit next to last in the Western Conference with 59 points. Anaheim plays the Arizona Coyotes on Tuesday night.