Pittsburgh Penguins center Sidney Crosby skates by the puck in the third period against the St. Louis Blues on December 29 at the Enterprise Center in St. Louis. Photo by Bill Greenblatt/UPI | License Photo

There have been glimpses of brilliance during an otherwise puzzling five-week stretch for the Minnesota Wild that have seen them win four of 14 matches.

But forgive Minnesota if it feels as though a page was turned Saturday during a 3-1 victory in Winnipeg that snapped a five-game losing streak. The Wild not only got two points out of the trip to Manitoba, but may have found something else: Their identity.

"It's amazing how much a win can kind of lift the weight off a team's shoulders," forward Eric Fehr told the team website Sunday after practice. "When you start sliding, it seems like it's never going to end. It's a little quieter around the room. It's just not as much fun around the rink. You start winning, and you can already see, it's lighter around the room today."

Minnesota will try to keep the mood a good one Monday when it closes the page on the 2018 part of the schedule against the surging Pittsburgh Penguins at Xcel Energy Center in St. Paul, Minn.

Despite their struggles since late November, the Wild (18-16-3) remain only four points out of a playoff spot in the Western Conference. And with the Central Division's top three teams -- Winnipeg, Nashville and Colorado -- having combined for 12 consecutive defeats, there's still plenty of time for Minnesota to make a run.

"You have to raise your level of the game, especially to the teams you're playing," Wild head coach Bruce Boudreau said. "If we don't keep the game at the level we have to to succeed, we'll be in trouble. We can't afford to win one, lose one. At some point, you've got to put a run together."

Minnesota looked like a team capable of putting that run together in winning at one of the league's tougher barns. It scored first and second, then put the clamps on after a Patrik Laine marker drew the Jets within a goal in the third period.

Simply put, it was textbook road hockey, the same type of hockey Pittsburgh (20-12-6) displayed Saturday night in routing St. Louis 6-1 at Enterprise Center. Sidney Crosby scored 48 seconds into the game and the Penguins led 4-0 before the Blues finally countered with a goal.

Pittsburgh scored on all four-power play chances and blocked 23 shots in front of Matt Murray, who bagged 30 saves, as it upped its winning streak to five games and improved to 8-2-0 in its last 10 contests.

What the Penguins have done lately -- they've come from out of the playoff picture to third in the Metropolitan Division -- is what the Wild are aiming to do as the calendar flips to 2019.

"It's part of human nature, we have ups and downs," Pittsburgh head coach Mike Sullivan said. "Your ability to respond the right way in those situations is what's most important. Our guys -- they know how to do that, and they did that again tonight." 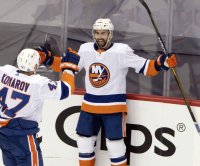 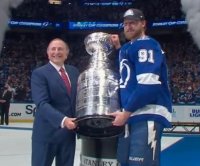